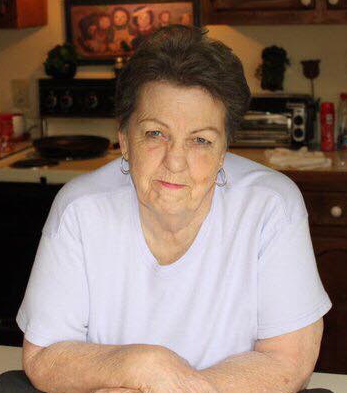 Josette “Jo” Keech, 78, of Virginia Beach, passed away peacefully at home on Friday evening,
March 17, 2017. Jo was born in Durham, North Carolina on December 4, 1938, to the late
Felton Lewis Ausley Sr. and Goldie Vaughan. During World War II, her family moved from
Braggtown, in Durham, NC, to Broad Creek Village in Norfolk, Virginia because her father got a
job at Norfolk Naval Air Station. It was in Norfolk where she would eventually meet the love of
her life. She left Norview High School to become Mrs.Fred Ayres Keech at age 16. They were
married on December 28, 1954 and would have three sons together. About 1961, they were
among the first families to move into Pocahontas Village in the Pembroke area of Virginia
Beach, where they continued to live the rest of their lives. Jo was a devoted wife and mother
who loved big and laughed hard. She was preceded in death by her loving husband Fred
Keech and her younger brother, Lewis Ausley. She is survived by her best friend and sister,
Jean Allen. Left to cherish her memory are her three sons and their wives, Fred Keech Jr. and
(ex) wife, Beth Belanger Keech of Virginia Beach, Tony and Vicki Keech of Moyock, NC, and
Rob and Nancy Keech of Virginia Beach. She also leaves behind seven grandchildren, Ashley
Keech, Josh Keech, Jake Keech, David Keech and wife Erin, Rachel Clipston and husband
Jason, Grace Keech and Melissa Tunstill as well as seven great grandchildren, Nolan and
Graham Keech, Lily, Emilia, Chloe and Kayla Clipston, and Skylar Tunstill. Jo had a special
bond with many of her neighbors who were always there to help her and dad when they needed
a hand. She will be missed by all of her family and a multitude of nieces, nephews, friends and
neighbors. A special thanks to Jo’s daughter in law, Vicki Keech, for selflessly putting her life on
hold for at least the last two years to take care of and watch over Jo and Fred while they were
ill. A celebration and remembrance of the life of Josette Keech will be held at her home on
Saturday, March 25, 2017, from 2 PM until 5 PM,

To leave a condolence, you can first sign into Facebook or fill out the below form with your name and email. [fbl_login_button redirect="https://vacremationsociety.com/obituary/josette-marie-keech/?modal=light-candle" hide_if_logged="" size="medium" type="login_with" show_face="true"]
×