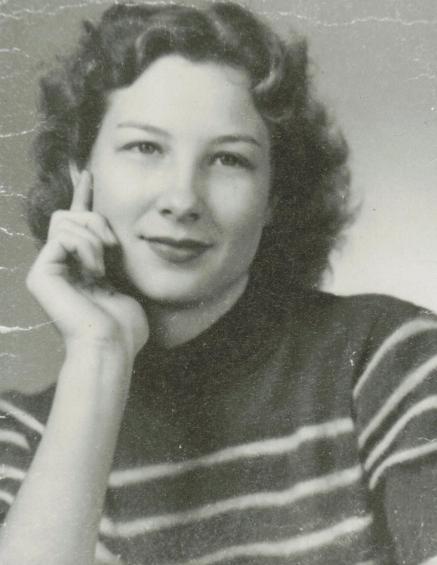 Virginia Beach – Juanita Coutlis, 82, passed April 7, 2014. She was born July 26, 1931 in Shaw, Miss. to the late Eula Vaughn and Dave McClain Jr. She is also predeceased by her husband Anthony Tony Coutlis of Boston, Mass., brother Howard McClain of Indianola, Miss., sister Pauline Canaday of Drakes Branch, Va., grandson David Perez of Virginia Beach, Va. and her faithful dog Boots. Left to cherish her memory are her brothers, Edward McClain of Kermit, Texas, Douglas McClain of Paris, Texas; sister Catherine Cat Kilgore of Indianola, Miss.; son Michael Coutlis and his wife Bobbie; daughter Denise Coutlis; grandson Juan Perez; grand-daughters, Connie and Diana Perez; great-grandchildren Darius Davis, Devin Perez and Jonel Perez; and numerous cousins and other relatives and friends.
Juanita was a devoted and loving mother, grandmother and great-grandmother. Her main interests in life were her family, gardening, music, literature, football, philanthropy and travel. Traditional family gatherings such as birthdays, holidays and Sunday dinners with the family was always a priority for her. She never missed a Virginia Tech or Redskin game. As a Navy wife she enjoyed the opportunity to travel and live in many parts of the world, including many cities in the states, as well as foreign countries like Morocco and Spain. She never met a stranger and enjoyed the many cultures of those countries and locals.
A memorial will be held Friday, April 25, 2014 at 1:00 pm, at Altmeyer Funeral Home Southside Chapel, located at 5792 Greenwich Road, Virginia Beach Va. 23462. Cremation Society of Virginia is handling the arrangements. Online condolences may be expressed to www.cremate.org.

To leave a condolence, you can first sign into Facebook or fill out the below form with your name and email. [fbl_login_button redirect="https://vacremationsociety.com/obituary/juanita-coutlis/?modal=light-candle" hide_if_logged="" size="medium" type="login_with" show_face="true"]
×