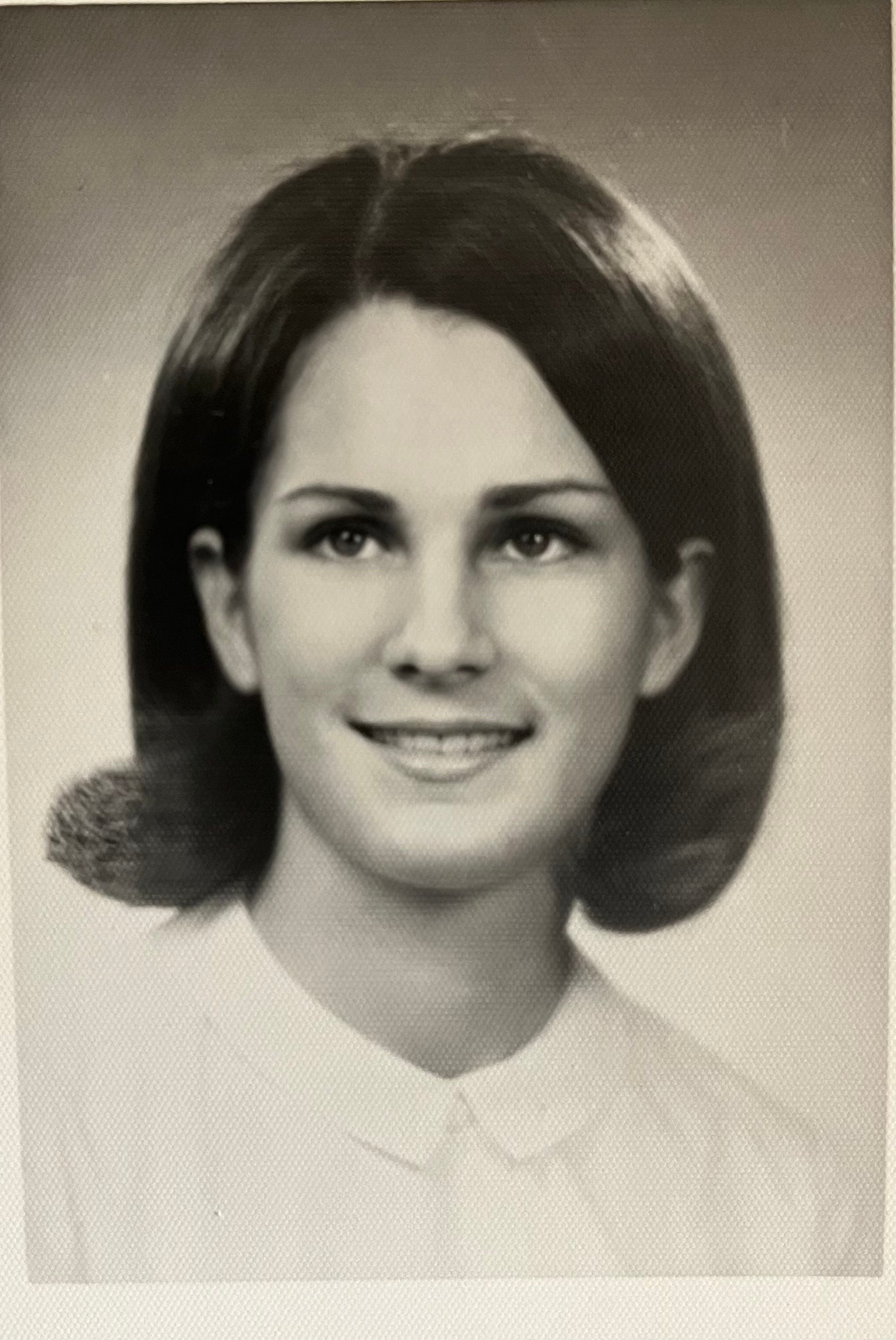 Judith Ann Slaughter Kelly, “Jude”, daughter, sister, wife and mother peacefully passed away on December 1, 2022 with her husband of nearly 50 years and her two daughters by her side, leaving behind her battle with dementia to the eternal love awaiting her.

Jude was born to Warren and Lilian Slaughter of Reedville, Virginia on October 12, 1950. She was the middle of three children and loved her sister Betty Nuckols and brother Taylor Slaughter.  The siblings grew up in the small Chesapeake Bay town of Reedville on the Northern Neck Peninsula.  Jude’s great-great grandfather Captain Elijah Reed was a seafarer who was instrumental in founding the town of Reedville and among the first families credited with starting the menhaden oil industry. The home Jude grew up in was built in 1888 by her great-grandfather George Reed. Jude, along with her sister Betty Nuckols, took loving care in preserving the historic home and making it a welcoming place for family and friends to gather.

Jude lived life to the fullest everyday with grace, poise and an exuberance. She grew up riding horses and hunting on the family farms, boating on the bay, and playing basketball and softball at Northumberland High School. At the age of 16, Jude met the love of her life Thomas “Tom” Kelly at the post-office. Tom’s family moved to Reedville his junior year of high school, upon the retirement of his father Captain John Kelly’s career as a naval aviator and the Commanding Officer of the aircraft carrier the USS Hancock. Jude and Tom married in 1973 after Tom graduated from the Naval Academy and Jude from Stratford College. They loved their early years while in the Navy stationed in Pensacola, Florida and Kingsville, Texas. They especially enjoyed traveling around Europe while Tom was deployed in the Mediterranean flying the A-6 Intruder.

Jude is remembered as having a true a heart of gold and simply being a good person.  She was always inspired to help others and taught elementary school for ten years, while Tom was in law school and when they settled in Virginia Beach.  She was blessed with two beloved daughters Virginia Reed Kelly and Elizabeth Kelly Milligan and twin boys John and James Kelly, who died at childbirth but remain forever in our hearts.

One of Jude’s great passions was gardening and flower arranging.  She was a member for three decades in the Virginia Beach Garden Club and loved her dear friends she made there over the years. She was passionate about conservation and that was instilled in her daughters. Jude had an artistic eye and planned fashion shows for Steinmart Boutique and had so much fun working with the “Bou Ladies.”

Jude was a lifelong member of Eastern Shore Chapel Episcopal Church in Virginia Beach and was involved in many activities, always with a can do spirit and a smile on her face.  She always thought about those in need and in her later years she was instrumental in helping to create a foundation to preserve The Julius Rosenwald School, the first African-American schoolhouse near her hometown, for historic preservation and as an educational center.

Jude was deeply loved by her entire extended family. She was the best “Nana” to her four precious grandchildren Caleb, Lily, Kenley, and Isabel Milligan. She will be missed by many but her legacy will live on in those who loved her.

A funeral will be held at 2:00pm on December 16, 2022 at Eastern Shore Chapel Episcopal Church in Virginia Beach, Virginia.  A reception will follow at the Princess Anne Country Club at 3:30pm.  A gravesite service will be held on December 29, 2022 in Reedville, Virginia.  In lieu of flowers, please consider making a tax-deductible donation in Jude’s honor to the Julius Rosenwald School Foundation of Northumberland County, VA: https://jrsfnc.org/.

To leave a condolence, you can first sign into Facebook or fill out the below form with your name and email. [fbl_login_button redirect="https://vacremationsociety.com/obituary/judith-ann-slaughter-kelly/?modal=light-candle" hide_if_logged="" size="medium" type="login_with" show_face="true"]
×