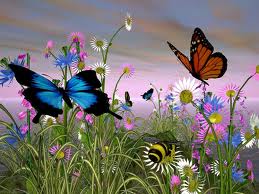 Virginia Beach – Juliette Belmonte Crichton, 73, died January 28, 2013, at her home with her daughter, son, and brother by her side. A native of Emporia, she was the daughter of the late Daniel Anthony Belmonte, Sr. and Juliet Varula Belmonte. Also preceding her in death was her brother, Daniel Anthony Belmonte, Jr. She is survived by her daughter, Juliet Beth Crichton of Blacksburg; son, Anthony Edward Crichton of Chesapeake; brother, William Joseph Belmonte, Sr. and his wife, Dale Mitchell Belmonte, of Emporia; two granddaughters, Kirsten Juliette Crichton and Kathryne Jane Crichton; five nephews; eight great-nephews; a great-niece, and a host of dear friends whom she considered family. In addition, she had an abiding affection for her granddogs, Luke Henry and the late Willa Mae. A Medical College of Virginia graduate who was proud of her calling as a nurse, Juliette initially served as director of staff development at Greensville Memorial Hospital in Emporia and then in multiple roles at Sentara Virginia Beach General Hospital over 30 years, beginning her tenure there as a charge nurse and later a nurse educator. After training at Emory University, she earned widespread respect as Beach General’s certified enterostomal therapy nurse. Active in the Wound, Ostomy and Continence Nurses Society and named its Mid-Atlantic Region WOCN Nurse of the Year in the early 1990s, Juliette enjoyed attending WOCN conferences across the country. Even after her retirement in 2011, she was frequently approached by former colleagues and patients alike to express their gratitude for her warmth, expertise, and heartfelt care and concern. Growing up, Juliette was drawn to performing and made her stage debut at 8 years old as a solo tap dancer in the Emporia Lions Club Minstrel Show. A regular performer in community shows, she never lost her love for dancing and singing. She had a lifelong fondness for horses, from her childhood pony Nellie to dear friend Burt’s Tennessee Walkers, and in later years was enamored of horseracing legend Secretariat of Doswell, Va. A memorial Mass will be celebrated on Friday, February 1, at 6 p.m. at the Church of the Holy Family in Virginia Beach. In lieu of flowers, memorial donations may be made to the Carcinoid Cancer Foundation 333 Mamaroneck Ave. #492, White Plains, NY 10605 at www.carcinoid.org. Cremation Society of Virginia is handling the cremation. Online condolences may be expressed to www.cremate.org.

To leave a condolence, you can first sign into Facebook or fill out the below form with your name and email. [fbl_login_button redirect="https://vacremationsociety.com/obituary/juliette-belmonte-crichton/?modal=light-candle" hide_if_logged="" size="medium" type="login_with" show_face="true"]
×