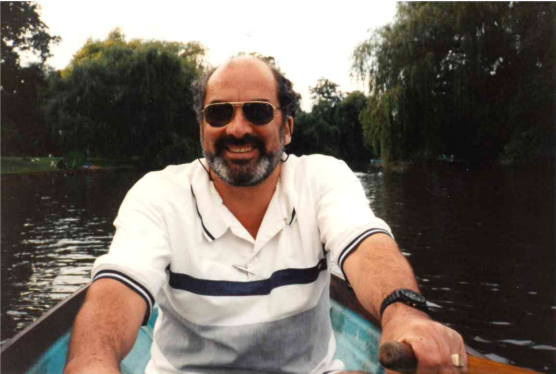 My loving husband and the love of my life passed away 12/20/2022 at home in my arms. He was born in Manchester, England, British borne to Anthony Gordon and Corina Elaine Gibson, June 24, 1943.

He struggled with Alzheimer’s disease for many years. He was very courageous during the progression of the disease and he did not let it drag him down until the very end.
Before Keith came to America he was a police officer (Bobbie) in England for many years, he also owned his own taxi business as well. He had the opportunity to come to America and he jumped on the chance. Since he couldn’t work, he went to Harford Community College in Maryland for a year. Afterwards, he was an underwater inspector for one of the bridges that was built in Maryland. When he received his Permanent Resident card, he moved to Virginia Beach where he started a career with Tandy Corporation in 1982 installing computers on naval ships, later on becoming Tandy Corporation Consumer Repair Service manager in Chesapeake for 20 years.

It just so happened Keith met his future wife Pat in 1986 where she worked as the district secretary for Tandy Corporation (Radio Shack). Keith and Pat were married in 2002 and just celebrated their 20 year anniversary on June 24th.

After the business closed down for Radio Shack, he started another new career with Electronics Systems Inc. (ESI) in Virginia Beach in 2002, installing computers and printers in all the schools in all the cities. Keith finally retired in August 2016.

Keith enjoyed everything in life – all kinds of music, diving, swimming, loved cruising all over the Caribbean Islands and visiting Cancun every year with his loving wife Pat.
Keith also went through the Citizens Police Academy in Suffolk back in 1998 and graduated in February 1999. Thoroughly enjoyed the on hand experience, seeing the differences from the time he was a policeman in England and what a difference in another country.

Keith was also in the Virginia Beach Power Squadron in 1991. He loved the water, eventually he became the Commander of the Squadron from 1996 to 1997.
To cherish his memory, he leaves behind his loving and devoted wife Pat of 20 married years even though they were together for 31 years altogether. Two step daughters Jennifer Lambert and her husband Greg, Michelle Carver and 6 grandchildren. He also leaves behind his adorable cats – Penny, Smokey and Midnight.

In lieu of flowers, the family would be grateful for any donations are made to the Alzheimer’s Association or a charity of your choice.

To leave a condolence, you can first sign into Facebook or fill out the below form with your name and email. [fbl_login_button redirect="https://vacremationsociety.com/obituary/keith-anthony-gibson/?modal=light-candle" hide_if_logged="" size="medium" type="login_with" show_face="true"]
×