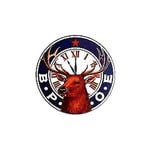 Kenneth G. Langdon of Chesapeake, VA passed away Sunday Oct 11, 2009 after a five month battle with cancer. He was born in Birmingham, AL. June 1st, 1944, was lovingly raised by Dr. & Mrs. Harold Langdon with his 3 siblings; Donna, Jimmy & Susan. He proudly served his country for 26 years in the US Navy through Vietnam & retiring in 1986. Upon retirement he moved to Florida to continue his service as a civil servant at NAS Pensacola. He eventually traded in his law enforcement career for a chance at the open road and started his second career as a truck driver. Moving to Virginia in 1994 he continued driving for local companies including DD Jones and CVT Transport. Most recently he enjoyed working at his son-in-¬laws company VMACS, Inc. because it had a bonus of afternoons with his grandchildren.
Ken was most proud of his family. He is survived by his daughter; Paula Faivre and husband Scott Faivre of Chesapeake, VA; son, Matthew Langdon of Norfolk, VA; daughter, Paige Lueth of Norfolk, VA; five grandchildren, Joshua Klimmek Jacob Faivre, Rachel & Alyssa Lueth, and Colin Langdon; sister, Donna Harp of FL; sister, Susan Duncan and husband Steve Duncan of Tallahassee, FL. He was predeceased by his parents and his brother Jimmy Langdon.
A memorial service will be held Saturday 10/17/09 at 10:00am at Christ & St. Lukes Episcopal Church, 560 Olney Rd. Norfolk, VA. The family will receive friends after at his Elks Lodge, 1231 Typo Ave., Norfolk, VA 23502. In lieu of flowers, a donation can be made in his name to continue his good work at the Elks Lodge address above.
Ken was a great man. He was a patriot, an Elk and a friend to many. He was an amazing father and a loving grandfather. His memory will never fade for the many that loved him.
Cremation Society of Virginia, Hampton Roads office is assisting the family. Online condolences can be made at www.cremate.org.

To leave a condolence, you can first sign into Facebook or fill out the below form with your name and email. [fbl_login_button redirect="https://vacremationsociety.com/obituary/kenneth-g-langdon/?modal=light-candle" hide_if_logged="" size="medium" type="login_with" show_face="true"]
×