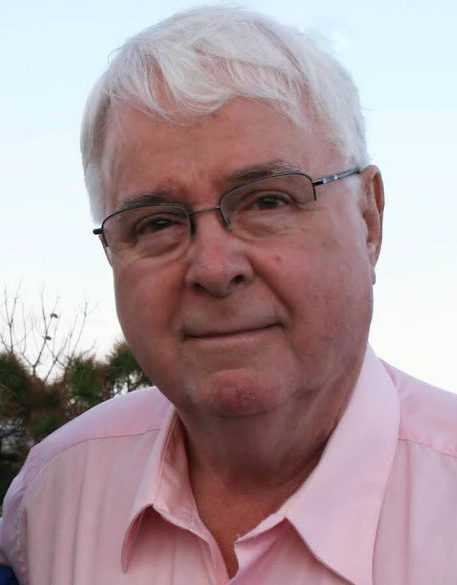 Kenneth H. Copeland, 77, of Virginia Beach, VA passed away unexpectedly (and peacefully) on Sunday, June 5, 2022 surrounded by his family and loved ones.

Kenny married the late Cheryl Durham in 1968, with whom he shared his children; he was engaged to Dionne Mailhes at the time of his passing.

Kenny served stateside in the U.S. Army Reserves during Vietnam as a cook and a cartoonist. After his service, Kenny joined Bill Deal and the Rhondels as an original member and horn (saxophone and trombone) player. After several years with the band, he and Cheryl opened The Dollhouse, a small café at the Oceanfront, and then he worked as a civil engineer with the City of Virginia Beach. He later turned his part-time craft of signmaking into a full time business with the establishment of Copeland Signs — one of several businesses he operated for years — which served local businesses and governments for over half a century.

Kenny was a friend to all and a true servant of the Lord. He frequently gave of his heart, his wallet, his labor, and sometimes even his home to assist those in need to improve lives in any way he could.

In lieu of flowers, the family requests donations to Virginia Beach Volunteer Rescue Squad 14, or the lifesaving organization of your choice.

To leave a condolence, you can first sign into Facebook or fill out the below form with your name and email. [fbl_login_button redirect="https://vacremationsociety.com/obituary/kenneth-hunt-copeland/?modal=light-candle" hide_if_logged="" size="medium" type="login_with" show_face="true"]
×