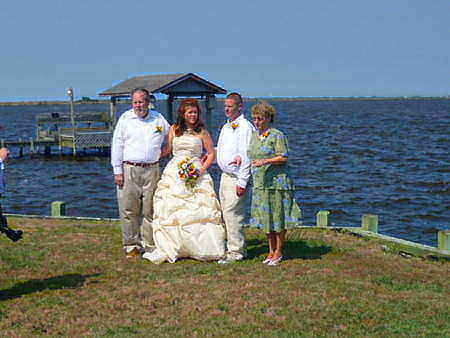 Larry Joseph Johnston 59, passed away peacefully on Sunday, February 24, 2013 with his wife, Debi, by his side.
He was born on November 18, 1953 in Winston-Salem, NC and was a 1972 Bayside High School graduate. Larry retired after having worked from a very early age in the shoe sales industry.
Larry was predeceased by his father, Walter Mac Johnston and infant children, April, Jake, and Michael. He is survived by his mother, Rubye Johnston-Keeter, brother, Christopher, his wife of 39 years, Debi Boyle Johnston, son, Jason Michael Johnston and wife Albany Byrum Johnston of Jarvisburg, NC, grandchildren, Lorelei and Tucker, mother-in-law, Helen Boyle of Aydlett, NC, and a host of in-laws, cousins, and friends.
Larry was an avid Redskins fan. When his Redskins were not playing you could find Larry reading a book or watching one of his many movies. He is now at peace with Dusty, Scooter, and CoCoa.
Reverend Tom Armbrister, London Bridge Baptist Church will officiate a memorial service at 11am on Thursday, February 28, 2013 at Altmeyer Funeral Home, 5792 Greenwich Rd., Va Bch, VA 23462. Cremation Society of Virginia is handling arrangements. Donations can be made to PNC Bank “Memorial Fund for Grandchildren”. Please contact Cremation Society of Virginia who is handling the arrangements for further information to donate. Online condolences may be expressed at www.cremate.org.

To leave a condolence, you can first sign into Facebook or fill out the below form with your name and email. [fbl_login_button redirect="https://vacremationsociety.com/obituary/larry-joseph-johnston/?modal=light-candle" hide_if_logged="" size="medium" type="login_with" show_face="true"]
×