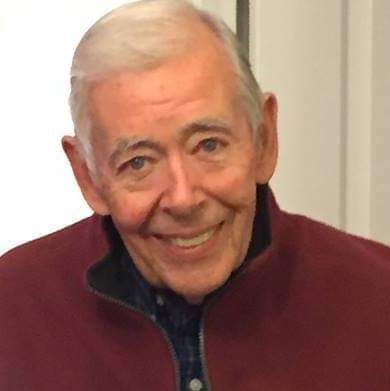 Leonard graduated from Highland Springs High School in 1946.  Following graduation, he enlisted in the U.S. Navy and served as a cook for 5.5 years. He later enrolled in the Culinary Institute of America in New Haven, Connecticut.  Midway through his schooling, Leonard married Barbara June Black in 1955. Leonard completed his Culinary Arts degree in 1956 and worked as a chef in Waterville, Maine at Waterville Country Club, in Miami Florida at Coral Gables Country Club, and in Richmond, Virginia at Wright’s Townhouse/The Raleigh Grill/Commissary Bakery. Leonard later was hired by Slater/ARA as the Director of Food Services at Richmond Professional Institute (VCU). In 1964, he transferred with ARA to Averett College in Danville, VA where he worked for 10 years.  Wanting to stay in Danville, he accepted a position as Supervisor of Cafeteria Operations for Danville Public Schools from which he retired in 1994.  After retiring, Leonard enjoyed working around town delivering flowers for Brown’s Florist as well as driving cars for different dealerships and selling Porta-Botes.

Leonard was lovingly known as Juju, Leonard, Daddy, Grandpa and Papa Juju to his family and Mr. B. to countless college students who loved his roast beef, strawberry shortcake, fried chicken and chocolate chip cookies.  Leonard never met a stranger and was known far and wide for his hospitality, humor and sharing his vegetable garden harvest with friends and family.  He introduced his family to his favorite hobbies; fishing, boating and camping and was his children’s and grandchildren’s loyal supporter in their many endeavors.  Leonard was known to have a twinkle in his eye and a smile on his face, often thinking of something funny to say.

Leonard was a member of Trinity United Methodist Church in Danville, Virginia for 50 years.  As a youth group chaperone and an active member of the United Methodist Men, he served the church and community in a variety of ways including sharing his culinary talents.  He was a member of Kiwanis, Danville.  Leonard was blessed to travel across America with friends on bus trips and enjoyed making new friends when he and Barbara would RV in Ocala, Florida during the winter months after retiring. Leonard and Barbara transferred their membership to Tabernacle United Methodist Church after moving to Virginia Beach in 2015 to be closer to family.

Leonard loved Jesus and knew Jesus loved him.  His favorite hymn was “Love Lifted Me”.  A Celebration of Life service will be held 12 Noon on Saturday, May 14, 2022 at Tabernacle United Methodist Church, 1265 Sandbridge Road, Virginia Beach, VA 23456.  Leonard’s family will be receiving friends and family at a luncheon reception provided in the church fellowship hall following the service.

Leonard donated his body to the Virginia State Anatomical Program (https://www.vdh.virginia.gov > medical examiner > vsap) for use in medical studies.

In lieu of flowers, the family asks any memorial donations be given to your church or favorite charity.

To leave a condolence, you can first sign into Facebook or fill out the below form with your name and email. [fbl_login_button redirect="https://vacremationsociety.com/obituary/leonard-carlyle-bunting/?modal=light-candle" hide_if_logged="" size="medium" type="login_with" show_face="true"]
×