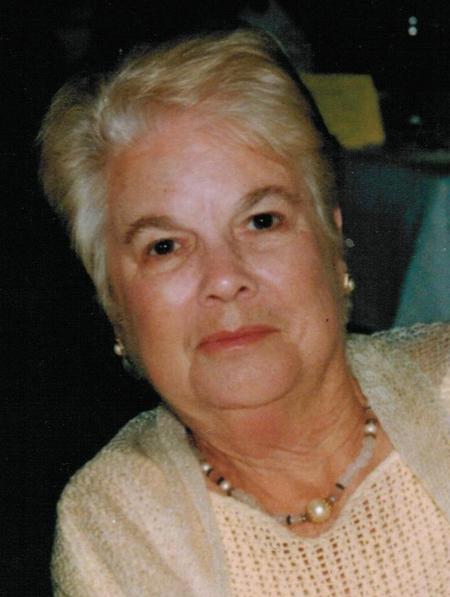 Virginia Beach – Mabel Roberson LeBlanc, 88, passed away on March 8, 2013. She was born on June 10, 1924 in Washington, NC to Walter and Letha Roberson. Mabel married Levy John LeBlanc, a career Navy man, on March 20, 1943 who predeceased her after 70 years of marriage. She accompanied him to various assignments in the U.S. and overseas.

Mabel raised four children and when they had finished high school, she completed her Bachelor of Arts degree in 1974 at Old Dominion University. She worked as an art teacher in the Norfolk Public Schools.

Mabel is survived by her sons, Richard E. LeBlanc of Virginia Beach and Stephen C. LeBlanc of Guam; and daughter, Linda Coltrane of Charlotte, NC. Her pride and joy were her six grandchildren, Tiffany Godfrey, Jason LeBlanc, Cory Wigg, Nicholas, Christopher and Stephanie LeBlanc; and great-grandchildren, Taylor LeBlanc, Madison Godfrey and Harrison Smith. Mabel was preceded in death by her son Charles LeBlanc.

A memorial service will be held at St. John the Apostle Catholic Church, 1968 Sandbridge Rd., Va Bch 23456 on Saturday, March 23, 2013 at 11am with a reception to follow at the church. Burial in Arlington National Cemetery will be held at a later date. Cremation Society of Virginia is handling the arrangements. Online condolences may be expressed to www.cremate.org.

To leave a condolence, you can first sign into Facebook or fill out the below form with your name and email. [fbl_login_button redirect="https://vacremationsociety.com/obituary/mabel-roberson-leblanc/?modal=light-candle" hide_if_logged="" size="medium" type="login_with" show_face="true"]
×