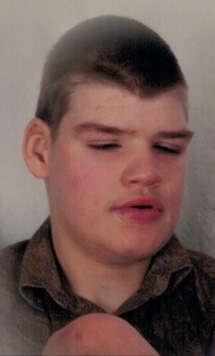 Mark Edward Cole son of Nora Cole Abbott and Richard Abbott of Williamsburg, passed away peacefully on Sept. 10, 2014.
Mark is survived by his sister Sherry Cole Nunweiler, step sister Hope Abbott, step brother Heath Abbott, and maternal grandmother Florence P Cottrell of Toano.
Mark was preceded in death by his father Michael Edward Cole, his maternal grandfather Joseph M Cottrell, paternal grandmother Laura M Cole, and grandfather Martin Edward Cole.
Mark resided at the Southeastern Virginia Training Center in Chesapeake, VA for the past 26 years. His parents wish to thank SEVTC for all the love and support they have given Mark during this time. They created a loving home for him with a caring staff. His transition to SEVTC was unbelievably tranquil.
His parents would also like to thank The Children’s Rehabilitation Center of Charlottesville, Norge Need Center, Camp Easter Seal East and West, and Chesapeake Regional Medical Center ER and nursing staff.
Services will be held at Mount Vernon United Methodist Church in Toano, VA on October 11, 2014 at 2PM. Service will be conducted by the Rev David Craig. Mark was a special Angel sent from Heaven.

To leave a condolence, you can first sign into Facebook or fill out the below form with your name and email. [fbl_login_button redirect="https://vacremationsociety.com/obituary/mark-edward-cole/?modal=light-candle" hide_if_logged="" size="medium" type="login_with" show_face="true"]
×