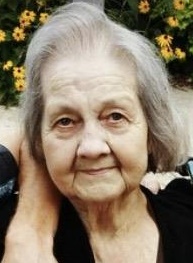 Mary Faison Parker Whitley, 87, passed away December 20, 2016, surrounded by her loving family. She was born June 29, 1929, the eldest of two girls born to Mary Lee Boyles and Carl Preston Parker in Greensboro, NC. She was a graduate of Greensboro High School and moved to Newport News shortly after graduation. On August 7, 1948 she married the love of her life, Buron (Buck) Avery Whitley, who predeceased her in 2006. Mary was known for many wonderful qualities, her love of family and her generosity, but especially for her quick wit and sense of humor. She truly was one of the funniest people on the planet. She was sweet and charming and always made one feel at ease. She and Buck had a large group of friends and loved to spend time with Buck’s brother and his wife, Bob and Ann Whitley during the month of October in Myrtle Beach, SC. They developed a love of Ice Hockey when the Hampton Gulls and Hampton Aces played here in the 1970’s. Mary had a lengthy career with Drucker & Faulk for over 25 years. She participated in water aerobics for many years, developing many lasting friendships. She also enjoyed reading and crossword puzzles, and spoiling her children and grandchildren. Mary and Buck were blessed with a large loving family, two children, David P. Whitley and Susan Whitley Bryan. She is also survived and blessed by six granddaughters and their families, David’s children and Mary’s Great grandchildren, Taylor Whitley McAvoy (Joe McAvoy ), Jackson, Samuel, Aaron, Marian and Lauren; Cameron Whitley Bringhurst (Seth Bringhurst ) Parker, Charlotte, Benjamin; Drew Whitley Sandberg (Dylan Sandberg ) son due in April; Blair Whitley Guerreiro (Ricky Guerreiro). Susan’s children and Mary’s Great grandchildren, Mary Katherine (Katy) Bryan Green (Darrick Green) son Carter; Jessica Whitley Bryan O’Reilly (David O’Reilly) Elizabeth (Ellie) and daughter due in February. Mary is survived by her loving sister Linda Lee Ball, Mary’s much loved niece Amanda Ball Sherron (Jason Sherron), children Meghan and Jackson
In addition to her immediate family she is survived by a large extended family including a dearly loved sister-in-law and friend, Nelda Warner, many nieces and nephews and their families. Also her dear friend of almost 60 years, Jackie Haney.
We would like to thank both The Hidenwood, where Mary resided before moving to James River Nursing Home, for the loving care she received.
Mary was a member of The Church of Jesus Christ of Latter Day Saints. She had a tremendous love for the missionaries, treating them like grandsons. Many of the mothers of the missionaries sent letters of appreciation to Mary for taking such good care of their sons. She was known all over as Gramma Whitley. A memorial service will be held Saturday, January 28th, 11 am at the Poquoson Chapel of The Church of Jesus Christ of Latter Day Saints, 112 Sinclair Lane, Poquoson, VA. In lieu of flowers, the family requests donations be made to the Wounded Warrior Project https://www.woundedwarriorproject, the LDS Missionary fund at https://ldsphilanthropies.org/missionary.html or a charity of your choice.

To leave a condolence, you can first sign into Facebook or fill out the below form with your name and email. [fbl_login_button redirect="https://vacremationsociety.com/obituary/mary-faison-parker-whitley/?modal=light-candle" hide_if_logged="" size="medium" type="login_with" show_face="true"]
×