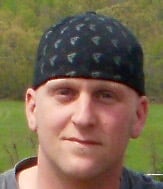 GOD smiled on Matt Sunday 7/10/22 and removed him from his earthly pain and struggles, welcoming him into his Heavenly home.

Matt was born in Harrisburg, Pa. to Randy S. Maxwell and Dana M. Beaman. He graduated from Redland High School in Lewisberry, Pa in 1996. He and his sister “Sophie” always loved adventure growing up! Camping, boating, soccer, summer camps, bike riding and snowboarding were some of his favorites. Matt’s dad, Randy is a Vietnam vet and ran a karate studio where Matt achieved the rank of black belt. Matt was always eager to learn about new things with interests in auto mechanics and music. Matt followed his late grandfathers lead, Buzz Gingrich and learned to play the bass guitar, a skill he would use later in life.

Matt moved to Va. Beach in 1999 and having become a master auto technician, achieving all of the ASE certified courses offered had no problem finding a job, first at Saturn of Va Beach and later Cavalier Mazda. There wasn’t an issue with an automobile Matt couldn’t figure out and fix.

Matt never forgot his musical roots and along with his friend, Nick

Clark and others formed the popular local band, DUBURBIA! The years he played in this band were some of his happiest! He was the bassist for the group which played many local and regional shows and concerts, and local venues like The Norva in Norfolk, VA.

Matt leaves behind a host of friends and family to mourn his passing, his sons Gavin and Jacey Maxwell (whom he dearly loved and had their names tattooed – one on each arm), his mom Dana, dad Randy and stepfather, Leroy Beaman, a maternal grandmother, Helen Gingrich of Leesburg, FI, his sister Sophia Maxwell and her husband Eric Stine, stepsister, Katlyn Cousins (Josh) and stepbrother Graeme Beaman (Shelby), along with his former wife Candice Keys (mother of his boys) and a large group of aunts, uncles and cousins.

The family wants to acknowledge and thank the staff at Colonial Health and Rehab in Va. Beach for his wonderful care and the care and family support given by Kindred Hospice, especially hospice angel nurses Heather & Lisa and staff member Amanda.

A Celebration of Life will be held at a later date with notification through social media.

“Rest in peace Matt, no more pain, no more suffering, no more demons to fight, you’ve won the battle and are in GOD’S merciful arms”

To leave a condolence, you can first sign into Facebook or fill out the below form with your name and email. [fbl_login_button redirect="https://vacremationsociety.com/obituary/matthew-wesley-maxwell/?modal=light-candle" hide_if_logged="" size="medium" type="login_with" show_face="true"]
×