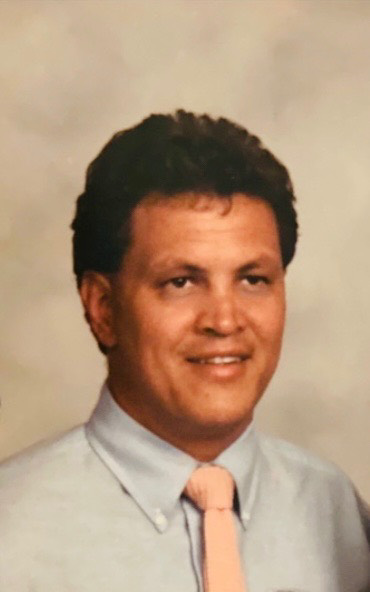 Michael Wayne Dunstan returned to the Lord’s home on May 3, 2022. Mike of Virginia Beach, VA, passed away peacefully at home surrounded by his family. Mike was born in Norfolk, VA, to Harry Nicholas and Eunice Marie Dunstan on August 3, 1950. He was blessed to have three amazing brothers John, Stephen and Harry, and to be raised within a large extended family. He often recounted of his fond childhood memories and enjoyed sharing his spirited adventures. He took pride in being a native of the Hampton Roads area. He was a graduate of Princess Anne High School followed by Old Dominion University, where he was a member of the Pika Fraternity. He retired from the Norfolk City Assessor’s office after 34 years.

During his college years, Mike met the love of his life, Theresa, who he was proudly married to for over 43 years. He was not only a devoted husband, but an incredible father to his four daughters, Nichole Parsons (John), Jessica Castellanos (Leonardo), Mary Kathleen Polke (Shawn), and Michelle Dunstan. He enjoyed coaching nearly all their sports teams including soccer, basketball, baseball, and softball to name a few. He loved teaching, coaching, and supporting the youth in the community. The doors were always open, and everyone was always welcome at the “Dunstan Fun House.”

As much as he loves his four girls, words cannot express the amount of love he has for his grandchildren Charles, Jackson, and Grace. He cherished every second with his crew and fought desperately to be with them as long as possible. As a proud “Pop Pop,” he always found a way to support their activities whether in the classroom, on a field, at a nearby fishing pier, a balance beam, or partaking in an impromptu musical recital or art show.

If there was any time left over in the day, he would spend it on the golf course with his buddies, where his ultimate claim to fame was his “Hole-In-One.” As a man who never met a stranger, he met a new friend every time he played.

Mike was a lighthearted, free spirited, outgoing, passionate, and loving family man who wanted nothing more than to put a smile on someone’s face. You could always count on him to brighten your day with a good joke.  Most importantly, Mike was a godly man who profoundly loved the Lord. He was moved by the joyous sounds of a choir worshipping God, he treasured the stillness of a Sunday service, and he took reverence in the meaning of communion. He lived a life that embodied pure love and we are all forever blessed to call him ours.

A funeral service will be held at 2 pm on Saturday, May 14, 2022 at Bayside Presbyterian Church, 1400 Ewell Rd, Virginia Beach, VA, 23455. In lieu of flowers, memorial contributions can be made to First Tee – Hampton Roads (firstteehamptonroads.org).

To leave a condolence, you can first sign into Facebook or fill out the below form with your name and email. [fbl_login_button redirect="https://vacremationsociety.com/obituary/michael-wayne-dunstan/?modal=light-candle" hide_if_logged="" size="medium" type="login_with" show_face="true"]
×