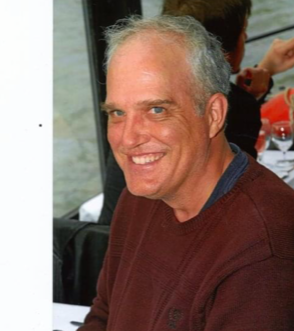 Michael William Herndon passed away in his home in Virginia Beach, VA on Friday on November 18th, 2022, after battling both complications of a stroke and lung cancer. He was born April 29th, 1962 to Donnie Hodges and (late) Richard Herndon I in Maryland. He was a Nuke in the Navy before becoming a long-time engineering instructor at the Newport News Shipyard.

Mike enjoyed spending time with his family. It truly was his greatest joy to watch his kids grow, get married, and have children of their own. In his younger years he coached his children’s various basketball, baseball, and softball teams. He enjoyed a long overdue honeymoon to Paris with his wife. He spent his later life with his kids by either sharing a cold scotch at home or a lucky seat at the casino.

Mike also enjoyed strategy games such as chess, scrabble, Civilization, and XCOM. If the Dallas Cowboys were playing, he was watching. He absolutely loved to read! Whether a real book, or on one of the dozen kindles he bought, broke, and rebought again, because he refused to take it out of his back pocket before he sat.

Mike is predeceased by his loving wife, Jo-Anne, who passed in 2010 from breast cancer. Her loss was devastating, and his spirit and liveliness were never truly the same.

To leave a condolence, you can first sign into Facebook or fill out the below form with your name and email. [fbl_login_button redirect="https://vacremationsociety.com/obituary/michael-william-herndon/?modal=light-candle" hide_if_logged="" size="medium" type="login_with" show_face="true"]
×