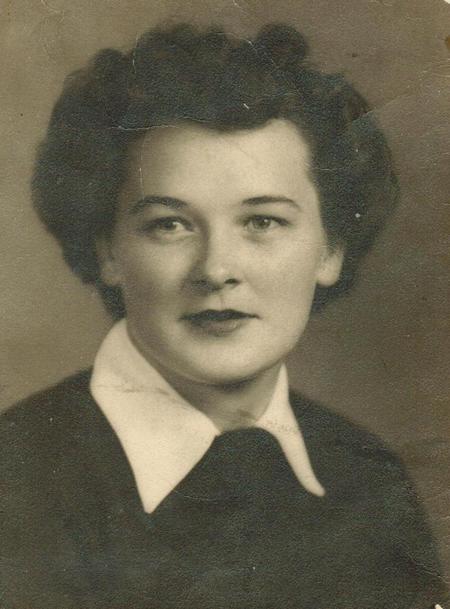 Mrs. Molly Campbell Naismith passed away at the age of 91 at her home in Norfolk on Sunday morning July 22, 2012, with her daughter Laurie at her side.
Mrs. Naismith was the only daughter of the late Andrew Brice Campbell and Helen M. Ryan of Buffalo, New York. She was the Widow of Commander George Naismith, USN Ret., who passed away in February 2004, marking 61 years of marriage. She met her husband while both attended Slippery Rock State Teachers College. They married in 1943 when he came home on a short leave from the Navy. She was a Navy wife and school teacher, a mother, and both a grandmother and great grandmother. Molly was an avid golfer and a member of Bayside Presbyterian Church.
Mrs. Naismith raised three daughters—Molly, Barrie and Laurie, all of Tidewater. Having her daughters nearby was a source of joy for Molly in her final years. Laurie has been an in-home caregiver for the past decade and Molly and Barrie were steady companions in their mother’s life. Also a source of comfort to Molly was her friend and companion, Drusilla Carter.
Survivors include Molly N. Dye and her husband Gary, Barrie N. Jeffcoat and her husband John, both of Virginia Beach, and Laurie Naismith of Norfolk; a granddaughter Mary Helen Kaler and her husband Rob of Washington D.C., their children, Cassidy and Cody.
A memorial service will be conducted at 2:30 p.m. Friday July 27 in Bayside Presbyterian Church by Rev. Dr. David N. Rollins. Mrs. Naismith will be entombed in the Bayside Presbyterian Church Columbarium. The family will receive friends at the church following the memorial service. In lieu of flowers, memorial contributions may be made to: The ManserFund for Excellence in Internal Medicine. Donations should be made to EVMS Foundation, PO Box 5 Norfolk, VA 23501, the Norfolk SPCA, 916 Ballentine Blvd, Norfolk, VA 23504, or Bayside Presbyterian Church.
Cremation Society of Virginia is handling arrangements. Condolences may be offered to the family through www.cremate.org.

To leave a condolence, you can first sign into Facebook or fill out the below form with your name and email. [fbl_login_button redirect="https://vacremationsociety.com/obituary/molly-campbell-naismith/?modal=light-candle" hide_if_logged="" size="medium" type="login_with" show_face="true"]
×