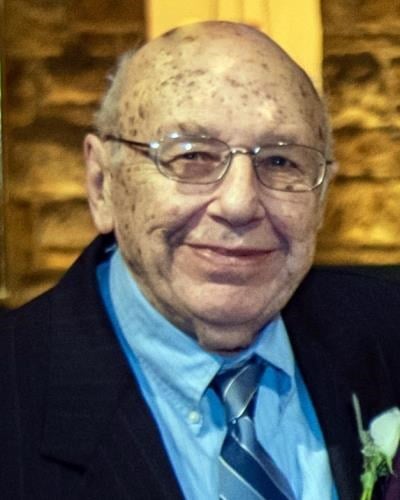 Morty was born in New York City on May 17, 1935 to Jack and Rose (Roth) Eckhause. He grew up in the Bronx, graduated from Stuyvesant HS in 1953, and was awarded a scholarship to New York University where he served as editor-in-chief of NYU’s Heights Daily News and in 1957 earned an A.B. in Physics. He received his Ph.D. in Physics from Carnegie Mellon University in 1962. After a postdoc at Yale, Morty joined the Physics faculty at the College of William & Mary in 1964. Professor Eckhause’s research in experimental particle physics took him to national and international laboratories and research sabbaticals at Rutherford Laboratory in England in 1973 and the Swiss Institute for Nuclear Physics in 1982-83. His research was published in numerous articles, including over 40 papers in Physical Review Letters. Prof. Eckhause supervised and mentored postdoctoral fellows, graduate and undergraduate students, and won several teaching awards. In 1990 he received W&M’s Thomas Jefferson Award, and from 1992 to 1996 he served as the chair of the Physics Department. Highly sought after for his leadership and commitment to W&M, Morty served on numerous college committees. He helped bring millions to W&M as co-investigator on a number of important research projects. In 2004, Morty became Professor of Physics, Emeritus, while continuing research, teaching, and departmental service for several years.

To those who knew him, Morty was much more than a very accomplished physicist. He was a voracious reader of literature, a connoisseur of classical music, Broadway, cinema, Yankees baseball, and Sauvignon Blanc. In his retirement, he welcomed younger family members and friends to live with his wife Sarah and him during their studies, all of whom remain exceptionally fond of Morty and grateful for his generosity. A loving father, devoted husband, and dedicated friend, Morty will be most remembered for his exceptional wit, legendary one-liners, and generosity of spirit. A fixture in Williamsburg for six decades, he will be sorely missed by his family, numerous friends, colleagues, and former students.

A private interment service will be held at the W&M Memorial Gardens followed by a public memorial and reception at the W&M Alumni House on June 15, 2022 at 12:30 pm.

To leave a condolence, you can first sign into Facebook or fill out the below form with your name and email. [fbl_login_button redirect="https://vacremationsociety.com/obituary/morton-eckhause/?modal=light-candle" hide_if_logged="" size="medium" type="login_with" show_face="true"]
×