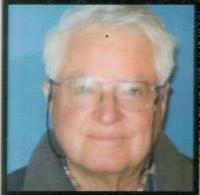 RADM RetNorman C. Venzke died on November 21, 2013. He was born in Baltimore, Maryland on December 8, 1927, the son of the late Charles G. and Florence A. Venzke. He is survived by his wife, Barbara, a daughter Erica Y. Amestoy husband Jay, a brother Colonel E. Leigh Venzke, USA Ret, a sister Mary Boenning and numerous nieces and nephews. He graduated from Baltimore Polytechnic Institute A course in February 1946 and was appointed to the Coast Guard Academy in the spring of that year. He graduated from the Academy in June 1950 and commenced his career at sea in USCGC INGHAM based in Norfolk, Virginia. Admiral Venzke served in a wide variety of operational assignments including duty in seven cutters, four of which were polar ice breakers. He commanded two of the latter, NORTHWIND and POLAR STAR. During the Vietnam War, he served in triple hatted concurrent assignments as 1 Commander, Gulf of Thailand Surveillance Group a U.S. Navy task group, 2 Commander, Coast Guard Division Eleven and 3 Fourth Coastal Zone Adviser to the Republic of Vietnam Navy. His shore assignments included, five years as Chief, Office of Operations at USCG HQ; Commander, Second Coast Guard District; Chief, Weapons Section, USCG Academy; Assistant Chief, Military Readiness Division at USCG HQ; Ship Operations Officer on staff of Commander, U.S. Naval Support Force, Antarctica; Commanding Officer, Ship Training Detachment Two and watch officer, Rescue Coordination Center, San Juan, Puerto Rico. After his retirement in 1985, he assumed the duties of President, National Defense Transportation Association followed by that of President, United States Branch of the Western Front Association WFA, a non- profit British World War I remembrance organization. He was a consultant for a few years and, also, served as beach master during nine cruises to the Antarctic Peninsula on board a French cruise ship. He was active in St. Michael Lutheran Church, Virginia Beach, as well as Rotary International and The Rotary Foundation and as a volunteer with the Food Bank of Southeastern Virginia. Also, he served on the Advisory Board of the Tidewater Area Command of the Salvation Army. He received a B.S. in Engineering from the Coast Guard Academy, a B.S. in Electrical Engineering and a designation as an ordnance engineer from the U.S. Naval Postgraduate School and a Master of Science in Administration from The George Washington University. Additionally, he was Distinguished Graduate of the Industrial College of the Armed Forces. His military decorations included a Legion of Merit with a combat “V” and two gold stars, a Meritorious Service Medal and a U.S. Navy Commendation Medal in addition to various campaign medals and Coast Guard and Navy unit commendations. As a consequence of his considerable duty in Antarctica, a glacier was named for him and charted as Venzke Glacier in the general centered on position 75 00S 134 24W. His cremains will be interred in Arlington National Cemetery. He desired that any remembrances be made to either The Salvation Army or The Rotary Foundation. A memorial service will be held at 3 p.m. on Sunday, November 24, 2013 at St. Michael Lutheran Church, 2208 Princess Anne Rd., Virginia Beach, VA 23456. Cremation Society of Virginia is handling the arrangements.

To leave a condolence, you can first sign into Facebook or fill out the below form with your name and email. [fbl_login_button redirect="https://vacremationsociety.com/obituary/norman-c-venzke/?modal=light-candle" hide_if_logged="" size="medium" type="login_with" show_face="true"]
×