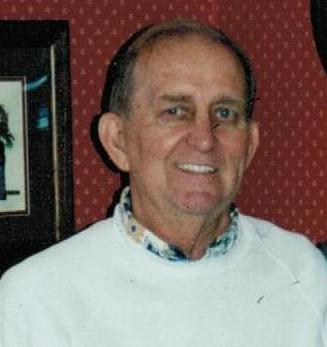 Chesapeake – Paul A. Warren, 80, passed away August 11, 2012 at home surrounded by his family. He resided in the Indian River area of Chesapeake and other than four years spent in the USAF, lived all his life in the Tidewater Area. He is preceded in death by his parents Harold Red and Lillian Warren; son Paul A. Warren Jr.; brothers, David, twin Harold Jr., Sam; and sister, Carol. He is survived by his wife of 59 years Jean; sons, Ken and wife Karen, Mark and wife Vicky, David and wife Esther; daughter-in-law, Vickie Lynn; grandsons, Paul III and wife Dory, Kyle, Skylar, Matthew and Noah; brother Michael and wife Gail; sisters, Frances and husband Jim Beacham, Sandra and husband Robert Davis; also many nieces and nephews whom he loved dearly. He grew up in the Berkley section of Norfolk in a very loving family that are, to this day, very close, a family that can be counted on and he passed these traits on to his sons. From the time he was a teenager in the USAF he started donating blood and took great pride in receiving an Outstanding Lifetime Blood Donor Award from the American Red Cross, a program he believed in. Many thanks to the guys down at McDonalds who, knowing he had Alzheimer’s always took care of him and made sure he had a ride home. It was the highlight of his day. Memorial service will be held 11am Saturday, August 18, 2012 at Calvary Assembly of God, 4925 Providence Rd, Va Beach. Burial will be at a later date. Cremation Society of Virginia is handling the arrangements. Online condolences may be expressed to www.cremate.org.

To leave a condolence, you can first sign into Facebook or fill out the below form with your name and email. [fbl_login_button redirect="https://vacremationsociety.com/obituary/paul-a-warren/?modal=light-candle" hide_if_logged="" size="medium" type="login_with" show_face="true"]
×