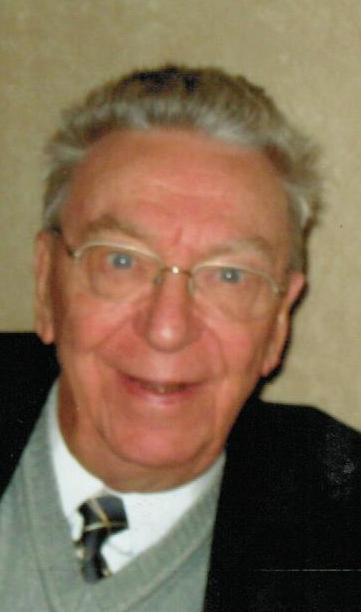 Virginia Beach – Paul John Homsher, 83, passed away on May 25, 2014, due to multisystem organ failure related to pancreatic cancer and sepsis.
Born on May 17, 1931, in Philadephia, PA, Paul was predeceased by his parents, Paul John Homsher, Sr. and Helen Rabaugh Homsher. Also preceding him in death are his sister Marian Necker and brothers-in-law Roy Necker, and George Burrows, nephew George Burrows, Jr. 2014, son-in-law C. Michael McCannon 2011 and daughter-in-law Eileen Coyne Homsher 2012.
He is survived by his greatly loved wife and center of his world for 55 years, Judy, his son Michael and daughter Christine H. McCannon of Raleigh, NC, daughter Mari Harris of Virginia Beach, grandsons Steven and Ryan Homsher of Raleigh, granddaughters Elena and Abbey Harris and Courtney Wright of Va. Bch., step-granddaughter Angie McCannon and step-gr. granddaughter Gigi McCannon of Raleigh. A foster daughter, Gina Farmer, resides in Mechanicsville, VA. He is also survived by his older sister, Dottie, 3 nieces, a nephew and their families in Pennsylvania.
Paul received his BS in Chemistry and Physics from Penn State Univ. in 1953 and M.S. in Botany in 1959. After a year’s study at UCLA, he returned to Penn State and received his Ph. D. in Genetics in 1967. He joined the Old Dominion University Faculty in 1962 where he taught biology, genetics, and cyto-genetics before becoming Associate Dean and Dean of the College of Sciences. He retired as Professor Emeritus in 1995. His major field of research was in acarology and the control of tick-borne diseases. Additionally, he served as the Senior Investigator, U.S. Naval Medical Unit #3, Cairo, Egypt. After retirement he continued as Field Reader for several programs of the U.S. Dept. of Education and remained active in his professional organizations. He was also a committed member of the Friends of the Old Dominion University Libraries.
From July 1953-November 1956 he was a Commissioned Officer, United States Naval Reserve Active Duty.
Paul will always be remembered for his great wit and legendary story-telling abilities. He was kind-hearted and no deed for a friend was ever too difficult or time-consuming. He had respect for all creatures, great and small, rescuing spiders and bugs to place them gently outside. His passion for recycling led to many jokes among his family and friends. He will be remembered most for his warm, generous and unselfish heart and for being a steadfast family man whose greatest pleasure was spending time with his children and grandchildren.
Family will receive friends on Saturday, June 7, 2014 at 10:30am at Altmeyer Funeral Home, 5792 Greenwich Rd., Va Bch with services to begin at 11:30am. A reception will follow the service. Cremation Society of Virginia is assisting the family in all arrangements. In lieu of flowers, a donation to The Homsher Family Lecture Series Endowment at Old Dominion University would be appreciated.

To leave a condolence, you can first sign into Facebook or fill out the below form with your name and email. [fbl_login_button redirect="https://vacremationsociety.com/obituary/paul-john-homsher/?modal=light-candle" hide_if_logged="" size="medium" type="login_with" show_face="true"]
×