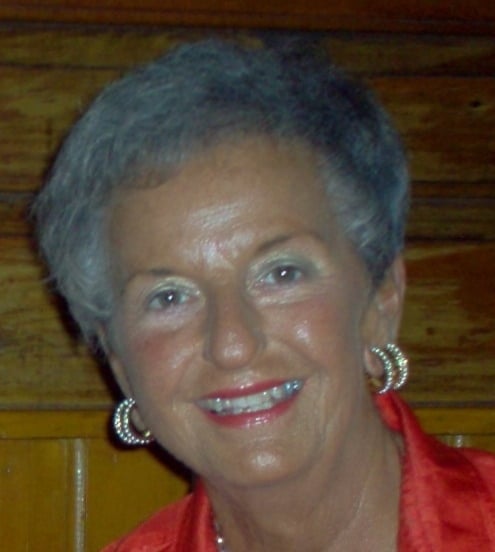 Peggy T. Middleton
Virginia Beach – Peggy Tuck Middleton, born June 7, 1928 in Roanoke, VA., died peacefully in her home on July 29, 2014. The daughter of Mark Alexander Tuck and Lola Deboe Tuck, she was preceded in death by her parents and her beloved uncle Governor William M. Tuck.
Peggy graduated from Thomas Jefferson High School in Richmond, VA., received her undergraduate degree from The University of Mary Washington, and her master’s degree from Old Dominion University. Peggy taught English at Norview and Floyd E. Kellam High Schools and was a guidance counselor at Green Run and Salem High Schools.
For many years Peggy was an active member in the Cavalier Junior Woman’s Club and served as chairwoman of many local and state committees as well as the president. Peggy also traveled extensively with her cadre of close friends.
She is survived by her daughter Melissa Middleton Knight and her husband Falcon, her son E. G. Rudy Middleton, III, and her grandchildren Virginia Ginny Meredith, Sarah Scott Meredith, Erby George Middleton, IV, and Evan Garrett Middleton.
Burial will be private. In lieu of flowers, donations may be made to the American Cancer Society. Cremation Society of Virginia is assisting the family and online condolences may be expressed at www.cremate.org.

To leave a condolence, you can first sign into Facebook or fill out the below form with your name and email. [fbl_login_button redirect="https://vacremationsociety.com/obituary/peggy-tuck-middleton/?modal=light-candle" hide_if_logged="" size="medium" type="login_with" show_face="true"]
×