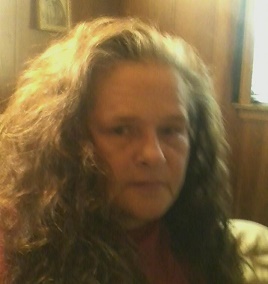 Penny Renee Ange, 53, formally of Mathews, passed away on Tuesday, February 7, 2017 at Sentara Williamsburg Regional Medical Center, after a long battle with lung cancer.
Born October 18, 1963 in Great Lakes, Illinois, she was the youngest of six children. She was a true animal lover and enjoyed writing poetry.
Penny was preceeded in death by her parents, Gladys and Earl Ange and a daughter, Patty Jean Willett.
Survivors include her son, Jasper Ange; daughters, Monique Robinson, Shanan Robinson, Lashane Robinson and Gloria King and nine grandchildren. She is also survived by her brother, Terry Ange and sisters, Sharon Hudson, Holly Bassett, Dianne Sherrill and Ginger Hogge.
Services will be conducted at a later date. In lieu of flowers, memorial donations may be made to the American Lung Association, Donation Processing Center, PO Box 7000, Alberta Lea, MN 56007-8001, or online at www.lung.org.

To leave a condolence, you can first sign into Facebook or fill out the below form with your name and email. [fbl_login_button redirect="https://vacremationsociety.com/obituary/penny-renee-ange/?modal=light-candle" hide_if_logged="" size="medium" type="login_with" show_face="true"]
×