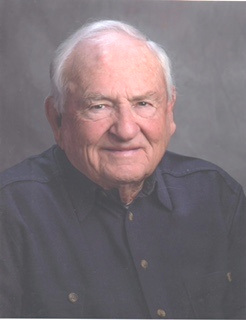 This is written in the first person because this was my life as I saw it. Someone else might not be so kind.
Philip Damon Briggs, 92, didn’t go to a new life, or join the arms of the Lord , I just died! on Wednesday, May 18, 2022. Born in Hanover, Massachusetts, September 11, 1929, to Stanley and Evelyn Briggs. My education included Hanover High School, Norwich University, TNCC, George Washington University with Bachelors, Associates and Masters degrees.

I was an officer with US Army-Armor Branch, retiring at Fort Monroe in 1974 after 22 years of service, with nearly half of that deployed overseas in Germany, Korea, Saudi Arabia, and Vietnam. My awards included: Legion of Merit, Bronze Star Medal with Oak Leaf Cluster, Meritorious Service Medal and numerous service ribbons.
I first came to Fort Monroe, Virginia in 1967 and was assigned to Headquarters Continental Army Command (CONARC) later designated as Training and Doctrine Command (TRADOC). I served as a staff officer and section chief in the Personnel Division. On return from Vietnam where I served as Deputy Post Commander at Can Tho in the Delta region, my second and final Fort Monroe assignment was with the Post Staff as Director of Plans and Security before retiring in May 1974.

After retirement I began a new career, enrolling at Thomas Nelson Community College and George Washington University. Following the period when I was learning new skills, I was hired as an Assistant Professor of Drafting in the Engineering Division of Thomas Nelson Community College. I retired from there in 1997 after 20 years of service. I had a great job and never regretted my choice of a new profession.

Additional thought from his family: after his retirement from TNCC Phil was able to devote more time to his true passions sailing and racing his sailboat, Feather, and volunteering at the Hampton Yacht club. He was chairman of the Piers & Docks Committee. He was founder & chairman of the annual Gaboon race which he started in 1978 because he felt the racing calendar wasn’t long enough. He was Commander of the Club in 1991. He raced competitively but always reminded his crew that “It’s only a sailboat race, let’s have fun.”

He is survived by his wife of 46 years, Sue Briggs; his son, Glenn Briggs; his daughter, Joanne Briggs Dunn; son-in-law, Rob Dunn; and 7 grandchildren.

He was honest, fair, even “keeled,” supportive, much loved and admired. He had a wicked sense of humor to the very end. He was extremely generous to the point that we will be fielding requests addressed to him from the many charities he supported. If you desire you may contribute to any of these charities: The Salvation Army; TNCC Community College Educational Foundation, Inc; WHRO; Mariner Museum; Norwich University; Coast Guard Foundation; or Hampton Yacht Club Junior Program at 4707 Victoria Blvd, Hampton, 23669.

Interment will be private. His wake will be at 12 noon on Saturday, June 18th at the Hampton Yacht Club, 4707 Victoria Blvd, Hampton.

To leave a condolence, you can first sign into Facebook or fill out the below form with your name and email. [fbl_login_button redirect="https://vacremationsociety.com/obituary/philip-d-briggs/?modal=light-candle" hide_if_logged="" size="medium" type="login_with" show_face="true"]
×