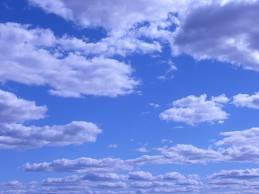 Virginia Beach – Reid Justin Hatfield, 96, passed away at home on September 30, 2013. He was born on August 17, 1917 in Washington State and grew up in Michigan. He graduated from the University of Michigan and the University of Michigan Law School, where he met and married his beloved wife, Laura.
After serving in the Navy in World War II, he returned to Michigan to practice real estate law and co-owned, with his father, Calhoun County Abstract Company. He served as President of the Michigan Land Title Association, was a Boy Scout leader and was an active member and sometime officer of Rotary International. He retired to Key Biscayne, Florida where he was a founding member of the Key Biscayne Rotary Club, was a docent for Planet Ocean and served on the Board of Directors of Island House, where he and Laura lived.
After the death of his wife, Laura, and his beloved mother, Doris, he moved to Virginia Beach in 1997 to live with his son, David and his wife, Carol. In Virginia Beach, he derived great pleasure from square dancing the Senior Swingers and Thalia Thumpers and playing duplicate bridge several times a week.
In addition to David and Carol, Reid leaves grandsons, Chris and his wife Maggie, and Tim and his wife Jocelyn, all of Los Angeles; granddaughter, Melanie Mason and her husband Brad, of Cincinnati; three great-grandsons, Truman and Chester Hatfield and Miles Mason; and a special cousin, Lucille Schiffer.
Following cremation, the family will hold a private service to celebrate his life. In lieu of flowers, the family requests that you please consider making a charitable donation in Reid’s name to WHRO. Cremation Society of Virginia is handling the arrangements. Online condolences may be expressed to www.cremate.org.

To leave a condolence, you can first sign into Facebook or fill out the below form with your name and email. [fbl_login_button redirect="https://vacremationsociety.com/obituary/reid-j-hatfield/?modal=light-candle" hide_if_logged="" size="medium" type="login_with" show_face="true"]
×