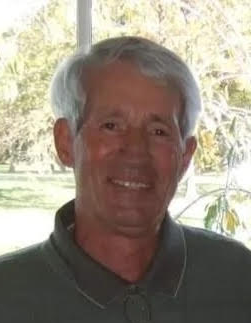 Richard A. Nixon, 87, died on Monday, January 9, 2023, with family at his side in Virginia Beach, Virginia. He was born March 19, 1935, near Wheeling, West Virginia to George and Alberta (Myers) Nixon. He had five siblings. Richard loved to play baseball, loved to read, and was always working on a project or supervising the project. He proudly served his country and served in the United States Air Force in his younger years.

He then met and married Carol Ann Cobb on November 6, 1954, and they had 3 children, Mark, Eric, and Monique. They were raised in Taylor, Michigan. Richard was a hard worker, he worked at a plastics company and at Chrysler Automotive where he retired at the age of 62. Carol his wife passed away in 1998 in Dearborn, Michigan.

Richard remarried shortly after Donna Curcio and they built a home in North Fort Myers, Florida on Lake Heron’s Glen retirement community. Many active years were spent playing golf and tennis which kept them young. They had many friends throughout their community. After 22 years together, Donna lost her battle with Cancer in October, 2022.

In December, Richard was moved to a private home care in Virginia to be looked after by his granddaughter. His last month was spent being around his daughter, son, grandson, granddaughter and great grandchildren. We reminisced the good ole days. He was in good spirits and was enjoying being with family.

Richard has requested to be cremated with no funeral or viewing. Family will have an intimate gathering to remember him and celebrate his life in Heaven.

His family would like to thank the staff of Vangie’s House and the Hospice care for their constant, attentive treatment. For family and friends That would like to offer a personal remembrance gift such as flowers or plants they can be sent to his granddaughter Tierney Shaiboon’s home at 505 Rosewind Arch, Chesapeake Virginia 23320.

To leave a condolence, you can first sign into Facebook or fill out the below form with your name and email. [fbl_login_button redirect="https://vacremationsociety.com/obituary/richard-albert-nixon/?modal=light-candle" hide_if_logged="" size="medium" type="login_with" show_face="true"]
×