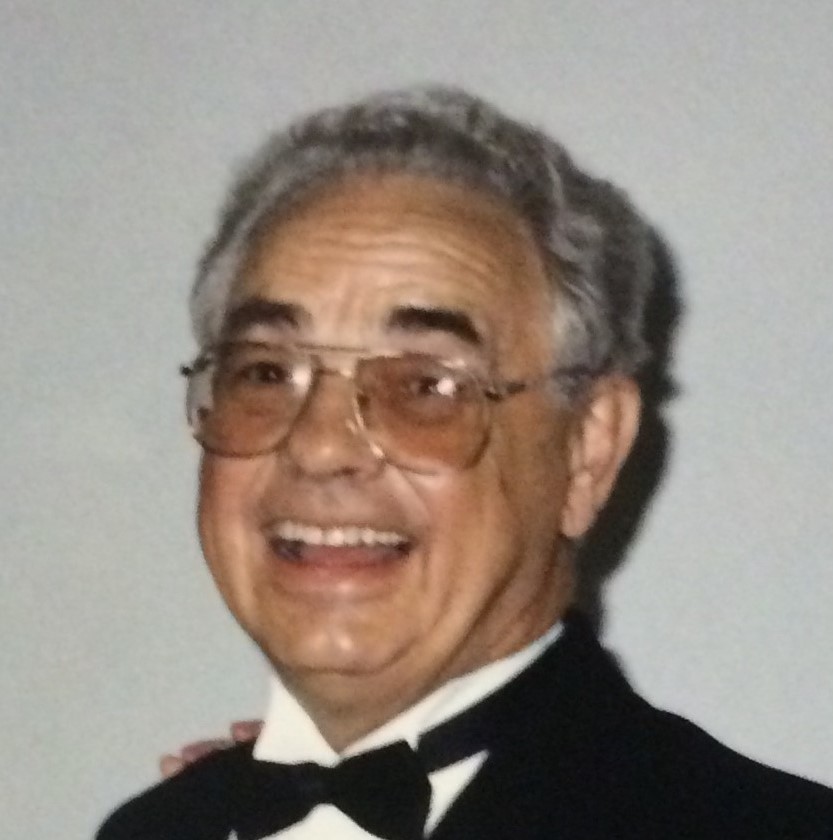 Chesapeake – Richard James Halstead (Dick), 93, passed away Friday, January 6th at Chesapeake Regional Hospital from a heart attack following a hip replacement due to cancer at MCV. He was a Television Design Engineer for General Electric for 30 years, having designed their first and last remote control manufactured in the US among several other patents. He graduated from Phoenix High School and attended St Lawrence University in Canton, NY when called to active duty in April 1943. He was a Sergeant in the Third Air Force at Orlando Airbase with an Early Warning Radar Company and later the 286th Joint Assault Signal Origination Amphibious Group in an Air Liaison Squad at Camp Callan, California preparing to depart for Japan when WWII ended.
He married Joan, his high school sweetheart in January 1947. He received his private pilot’s license at age 56, 34 years after his first solo. He was the communications manager with the Oswego County Civil Defense. Dick was President for several years for the Tidewater Chapter #339 of the Experimental Aircraft Association. He drove himself every Wednesday and Saturday to lunch with his pilot buddies even if it snowed up through age 92. His ultimate enjoyment was flying his homebuilt Taylor Monoplane and his original designed Sandpiper airplanes. He loved to read about the Civil War and current inventions and discoveries. He was a modest man with a genius IQ, never complained, appreciated anything you did for him and loved nothing more than a good laugh. He enjoyed taking his late wife Joan to the Wells Theater in Norfolk and other local theatre and taking the whole family out for boat rides and to air shows. He had a beautiful singing voice and was a member of the Church Choir, a Ham Radio operator, built his own home, speed boat and sail boat.
He was also predeceased by his lovely second wife, Fairlee Dark Halstead. Survivors include his loving daughters Nancy Jay Halstead and husband Mike Fuller of Milford, Virginia, Pepper Halstead Seaver and Terri Halstead Dyer both of Chesapeake, Virginia, as well as his beautiful granddaughters, Ashley Mile, Anna Seaver and Nancy Joan Fuller, step children Craig Lasting and Lori Bruzzessi of Dublin, Georgia, many nephews and a niece and best friend Frank Toy among many other wonderful friends and family. He was well-loved and will be dearly missed. A small family memorial will be held at St Christopher’s in Portsmouth where both Richard and his late wife Joan’s ashes will be entombed. In lieu of flowers, please make a donation to your favorite charity.

To leave a condolence, you can first sign into Facebook or fill out the below form with your name and email. [fbl_login_button redirect="https://vacremationsociety.com/obituary/richard-james-halstead-dick/?modal=light-candle" hide_if_logged="" size="medium" type="login_with" show_face="true"]
×