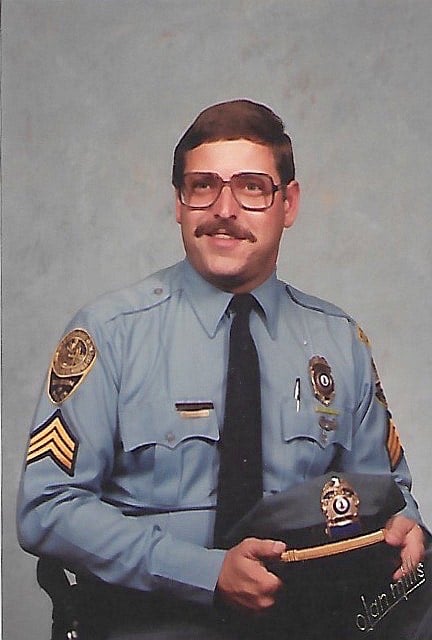 Richard N. Anderson, Sr., 74, left his earthly body January 12, 2023. Richard was born August 8, 1948 in Norfolk, VA. After graduating Great Bridge High ’66, he faithfully served his community for 39 years with the City of Chesapeake Police Department. Through his selfless dedication he made his city a safer place to live and work. While sacrificing his own safety he was wounded in service in 1974. His legacy continues to positively impact the citizens of Chesapeake.

In 1967 at a bus station in Norfolk, VA he met the love of his life, Connie Preston. Shortly after they were married and went on to have two sons, Richard and Wesley Anderson.

In 2008 Richard retired and dedicated his time and energy to his 5 grandchildren who remained, until his death, his greatest source of love and joy.

Richard is preceded in death by his father, Forrest Anderson, and mother and step-father, Shirley and Larry Myers. He is survived by his wife of 55 years, Connie Anderson, sons Richard Anderson II (Yvette Anderson) and Wesley Anderson (Brandi Anderson), 5 grandchildren, Taylor Anderson 23, Sergeant Gage Anderson 21, Reece Anderson 20. Richard “Ansel” Anderson 20, and Jackson Anderson 16, a sister Patti Grandy and a brother Steven Anderson along with numerous brother and sister-in-law, and nieces and nephews.

In lieu of flowers, send donations to the American Battlefield Trust (Battlefields.org)

To leave a condolence, you can first sign into Facebook or fill out the below form with your name and email. [fbl_login_button redirect="https://vacremationsociety.com/obituary/richard-nelson-anderson-sr/?modal=light-candle" hide_if_logged="" size="medium" type="login_with" show_face="true"]
×