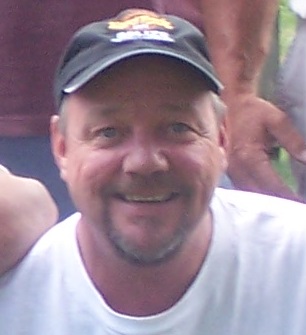 Virginia Beach- Richard “Ricky” Stephen Trau went to be with his loved ones on October 7, 2016 after a valiant fight against cancer. Ricky was born on April 12, 1960. He was preceded in death by his father, George; mother, Ann; sister, Linda Montgomery and brother-in-law, Bryan Dunbar.
He is survived by the loves of his life, wife Chrys; daughter, Lina and pups, Sparky and Stella as well as two brothers, George (Brenda) and Tommy (Lori) and a sister, Susan McCarthy and their children, In-laws, Al and Georgiana Schneider, many great nieces, nephews and cousins as well as endless friends.
Ricky was employed by Newport News Ship Building, now known as Huntington Ingalls, for 23 years before joining Norfolk Naval Shipbuilding in 2002 where he eventually became a Nuclear Supervisor.
The family would like to thank the many friends who stepped in to help Chrys with numerous activities around the house when Ricky was no longer able to help. We also want to thank the staff of VOA and especially Stacey, with Personal Touch who helped to make his final days peaceful and comfortable.
A Memorial Service will be held Tuesday Oct. 11, 2016, 11:00am at Altmeyer Funeral Home’s Chapel, 5792 Greenwich Rd. Va Beach 23462. Cremation Society of Virginia is assisting the family (757) 474-9409. A celebration of life will also take place at a later date.

To leave a condolence, you can first sign into Facebook or fill out the below form with your name and email. [fbl_login_button redirect="https://vacremationsociety.com/obituary/richard-s-trau/?modal=light-candle" hide_if_logged="" size="medium" type="login_with" show_face="true"]
×