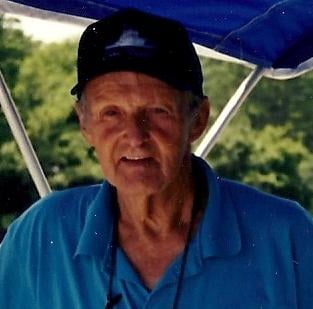 Virginia Beach – Captain Bob Horan USN Ret., 82, died Saturday, August 11, 2012 at his home with members of his family by his side. Bob was born in Manchester, N.H., the last of nine children of Irish immigrant parents, Denis and Margaret Murphy Horan. Bob attended Our Lady of Perpetual Help, St. Joseph Boys Elementary and High School in Manchester, N.H. His college years were spent in Connecticut, Brittany, France, and he graduated from St. Anselm’s College, Manchester, N.H. Bob entered the U.S. Navy and was commissioned an ensign through the Officer Candidate School in Newport Rhode Island. He met and married his wife, Betty Sobieck, in Washington, D.C. His Naval career brought his wife and sons to Hawaii, Russian Language School in Washington, D.C.; Keni Seya and Sakata, Japan; Winter Harbor, Maine and the Naval War College at Newport, R.I. Bob also served in Vietnam, 1967-68. Bob’s final tour was in Norfolk as Director, Naval Security Group Atlantic at Cinclantflt Headquarters. Following retirement in 1980, Bob was a TRT bus operator for several years. Later, Bob founded and remained president of The Accessible Housing Corporation of South Hampton Roads, a voluntary non-profit organization dedicated to building independent living apartments for low income adults with mobility impairments. Bob was predeceased by his wife of 57 years, Betty, in 2009. Bob is survived by his five sons, Robert, Jr. and wife Tina, Sean and wife Jacquie, William and wife Betty, Patrick and Terence. He is also survived by grandchildren, Megan and her husband Chris, Lauren and her husband Dave, Robert Christian and his wife Alana, Patrick, and Ryan. Bob also has one great-grandson, Noah. Always an active tennis player, Bob was member of the Virginia Beach Racquet Club. He was also a member of the Beachcomber Kiwanis, and a passionate Red Sox fan. A Mass of the Resurrection will be celebrated at Church of the Holy Family on Saturday, August 18, 2012 at 11AM with a reception following. The family will receive friends in the church lobby at 10AM. For those so wishing, contributions in Bob’s memory can be made to the Haiti Committee, Church of the Holy Family, 1279 N. Great Neck Road, Virginia Beach, VA 23454. Please indicate the Mother and Baby clinic on the memo line. Cremation Society of Virginia is handling the arrangements. Online condolences may be expressed to www.cremate.org.

To leave a condolence, you can first sign into Facebook or fill out the below form with your name and email. [fbl_login_button redirect="https://vacremationsociety.com/obituary/robert-a-horan/?modal=light-candle" hide_if_logged="" size="medium" type="login_with" show_face="true"]
×