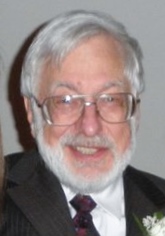 Robert Arvid (Bob) Orwoll of Williamsburg passed away peacefully, on May 26, 2017, after a lengthy illness. He was born in Minneapolis, Minnesota on August 28, 1940, to Arvid Lyder and Agnes Gertrude Christiansen Orwoll.

Bob earned a BS from Saint Olaf College in 1962 and a PhD in Chemistry from Stanford University in 1966 where he worked with Nobel Laureate, Paul Flory. He did postdoctoral work at Dartmouth College and the University of Connecticut before coming to the Chemistry Department at the College of William & Mary in 1969.

Bob loved his church, his family, his professional and academic life, and many close friendships. He was a nurturing and caring person, gracious and sensitive to others. His life was guided by his high standards, which he applied with a gentle heart and a warm smile. He shared his childhood home with his parents, brother, and maternal grandmother, Lena Forberg Christiansen. He and Betty Magers were married on February 24, 1972, at the Williamsburg United Methodist Church. For 48 years, he served this church with his presence, prayers, volunteering, and gifts. He lived a life of compassion and giving to others, and he will be remembered by all who knew him.

As “Professor” Orwoll, Bob enjoyed an almost 50-year career in polymer chemistry research, combined with an equally demanding and beloved life as a teacher and mentor to hundreds of graduate and undergraduate chemistry students. His research interests included work to help shield humans from the effects of cosmic rays, and most recently developing materials for construction projects on Mars. Over the course of his career, he was the author/co-author of research proposals totaling over three million dollars. His William and Mary colleagues cite his dedication to his students and his amazing ability to stay connected to them over the years. Other contributions to The College included chairing his department, serving on numerous campus-wide committees, and being integral to the establishment of the Applied Science Program, now a full, independent department.

On the personal side, Bob enjoyed playing bridge, attending Broadway musicals, listening to classical music, hiking and camping in the mountains, canoeing, spending time with family and friends, bird-watching during quiet times on his deck and all variety of travel–the last inspired by his memories of annual family trips as a child. More recent adventures included rafting the Snake and Yellowstone Rivers, drifting in a hot-air balloon over Eastern Idaho, relaxing in a lake cabin in Northern Minnesota, and numerous trips to Norway where he was able to rekindle ties to his maternal and paternal relatives, including spending a night in the childhood home of his maternal grandmother and visiting the 800-year-old church where his great grandparents were married. He was a great photographer and turned vacations into wonderful albums and calendars for his children and grandchildren.

The memorial service to celebrate his life will be held on Saturday, July 1, 2017, at 2 pm at the Williamsburg United Methodist Church, with the Reverend Helen Casey-Rutland officiating. A reception will immediately follow. Inurnment is private and will take place in the church Memorial Garden.

Donations in his memory may be made to Williamsburg United Methodist Church, the American Cancer Society, the American Red Cross or to a charity of your choice.

To leave a condolence, you can first sign into Facebook or fill out the below form with your name and email. [fbl_login_button redirect="https://vacremationsociety.com/obituary/robert-arvid-orwoll/?modal=light-candle" hide_if_logged="" size="medium" type="login_with" show_face="true"]
×