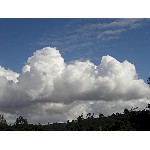 Rob Patterson, 63, died peacefully December 23rd after a long and brave battle with Progressive Supranuclear Palsy. A Georgia native, born January 12 1947, he was the son of the late Robert Patterson and Angelyn Kelley, brother of the late Lyn Patteson-Nale, all of Griffin, Georgia. A talented football player, Rob was an All-Conference Center and played 4 years for Furman University. He became an FBI Special agent and his career included working in an undercover capacity on the Violent Crime Squad while assigned to the New Orleans Field Office and the Philadelphia Field Office, Williamsport Resident Agency. While assigned to the FBI Norfolk Field Office, Rob conducted investigations on the White Collar Crime Program before assuming the role of Training Coordinator where he established valuable liaisons with our local and state law enforcement partners. He served in this role until his retirement in 2004. He was a talented woodworker with a lifelong love of sailing and the sea. He is survived by his 3 daughters; Jennifer Birkler of Chesapeake, Kate Patterson of Haleiwa, HI, and Laurel Patterson of Norfolk, VA; his Son-in Law Nick Birkler of Chesapeake, VA; his niece Kelley Cooper of Griffin, GA; his 3 grandchildren Emily Birkler, John Birkler, and Anna Birkler; and Great Nephew Lynox Cooper. A Celebration of Life will be held on Saturday January 8th from 3 to 5 pm at the Hilton Oceanfront Hotel on 31st St and Atlantic Ave. Please call 757-651-0953 for more information. Donations may be made to the Society for Progressive Supranuclear Palsy at www.psp.org. Online condolences may be expressed at www.cremate.org.

To leave a condolence, you can first sign into Facebook or fill out the below form with your name and email. [fbl_login_button redirect="https://vacremationsociety.com/obituary/robert-henry-patterson-ii/?modal=light-candle" hide_if_logged="" size="medium" type="login_with" show_face="true"]
×