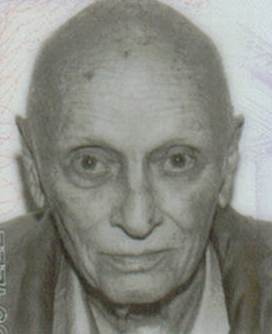 Robert Louis Kleiman passed away in the hospital Saturday, July 23, 2011.
Born April 7, 1926 in Milwaukee, Bob spent his early years in Syracuse, New York. He was a long time resident of Virginia Beach and was self-employed as a home improvement contractor. His passion for golf and the big band sounds of the 40’s stayed with him to the end as his last breath was taken while listening to Frank Sinatra’s, “My Way”.
He was preceded in death by his wife of 51 years, Susan Garland Kleiman. He is survived by his sister, Norma Bardeschewski; two daughters, Lisa Kleiman and Dena Hill; three sons, Robert Kleiman Jr., Steven Wyatt, and Jeffrey Wyatt; five grandchildren, Amy Hill, Charles Hill, Chris Hill, Nicole Kleiman, and David Kleiman.
The family would like to extend heartfelt thanks to Dr. John Onufer, Kay, Lee Anne, and Joanne number 1 girlfriend who provided excellent heart healthcare over the past 30 years. Thanks also to Dr. Keith Sutton, Patsy, and Pam for overseeing his general care. Bob will be sadly missed by his many friends and neighbors at Old Donation.
The Cremation Society of Virginia is handling arrangements, and a celebration of his life will be held at a later date. Memorial donations may be made to the Chesapeake Beach Volunteer Rescue Squad or the American Heart Association. Online condolences may be expressed at www.cremate.org.

To leave a condolence, you can first sign into Facebook or fill out the below form with your name and email. [fbl_login_button redirect="https://vacremationsociety.com/obituary/robert-louis-kleiman/?modal=light-candle" hide_if_logged="" size="medium" type="login_with" show_face="true"]
×