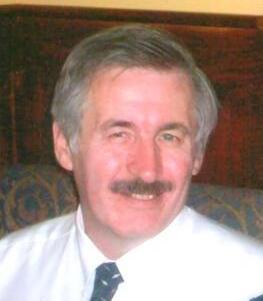 Having lived most of his life in upstate New York, he moved to Virginia Beach in 2000 to join his future wife, Jackie Gilmartin.

As a computer and communications specialist, Sal owned SLY Communications. He was also president of the Wisconsin Radio Club WD4NZX and a member of the Tidewater Unix Users Group.

He is survived by his wife of 11 years, Jackie; son John of Syracuse, NY; son Robert of Seattle, WA; daughter Samantha Sheggrud of Syracuse, NY; and son Richard of Newport News, VA, as well as stepchildren Jason Gilmartin of Hampden, MA and Shannon Gilmartin of Virginia Beach, VA. He also leaves behind sisters Elizabeth Cook of Lewisville, TX and Paula Pacciarelli of Yorkville, NY, six grandchildren and two nephews.

Arrangements are being handled by Cremation Society of Virginia. A memorial service will be held 11 a.m., Saturday, June 15 at Altmeyer Funeral Home, 5792 Greenwich Road in Virginia Beach. Donations may be made in his honor to Sentara Hospice or the Virginia Beach Rescue Squad in gratitude for their services. Online condolences may be expressed at www.cremate.org.

To leave a condolence, you can first sign into Facebook or fill out the below form with your name and email. [fbl_login_button redirect="https://vacremationsociety.com/obituary/salvatore-l-yorks/?modal=light-candle" hide_if_logged="" size="medium" type="login_with" show_face="true"]
×