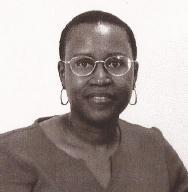 Services to be held private.

Chesapeake – Sandra Holloman Calhoun passed away Saturday, November 2, 2013 at Sentara Norfolk General Hospital. She was born in Norfolk, Virginia to Horace C. Holloman, Sr. and the late Frances B. Holloman.
Sandra was a 1971 graduate of Granby High School and a 1975 graduate of Hampton Institute, now Hampton University. While attending Hampton Institute, Sandra joined the Phillis Wheatley Society and she was also a member of Delta Sigma Theta Sorority, Inc. Later, she received a Masters degree from Norfolk State University. She retired from Verizon after 34 years of service. Sandra was a member of The Basilica of St. Mary of the Immaculate Conception.
Left to cherish her memory are her husband of 33 years, Vy Calhoun, her son, Brock Latoya, her daughter, Megan Kelvin and grandchildren, Kindred, Brook, and soon to be, Jacoby; sisters, Paulette Bond James, Annette Lassiter Sheldon, Christy Frederick William; a brother, Horace C. Holloman, Jr. Kathryn; nieces and nephews, James, Jr., Steven, Derek, Sheena, Lindsey, Horace, III, William, Frances, a great nephew, Derek, Jr., and a host of friends.
A private service will be held. In lieu of flowers, memorial donations may be made to Susan G. Komen for the Cure or the Hampton University Scholarship Fund. Cremation Society of Virginia is handling the cremation. Online condolences may be expressed to www.cremate.org.

To leave a condolence, you can first sign into Facebook or fill out the below form with your name and email. [fbl_login_button redirect="https://vacremationsociety.com/obituary/sandra-holloman-calhoun/?modal=light-candle" hide_if_logged="" size="medium" type="login_with" show_face="true"]
×

Services to be held private.