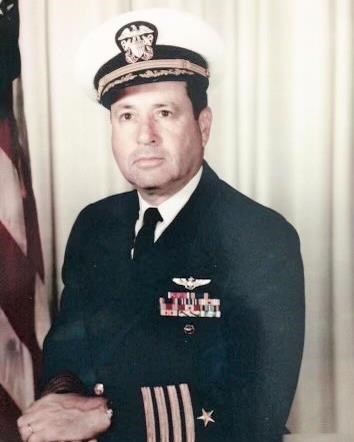 Retired US Navy Captain Sidney Edelman, 98, passed away on the morning of Monday, October 10, 2022 at his home in Virginia Beach, Virginia. Born in Philadelphia, PA, he retired from the US Navy after 32 years of service to the nation. He was a veteran of World War II, Korea, the Cuban Missile Blockade, and Vietnam. As a Naval Aviator, he served in a number of squadrons and had command assignments as well as major staff duties up to and including the Staff of the Joint Chiefs of Staff. He also had liaison with the Department of State as the Department of Defense representative in operational matters involving the evacuation of noncombatants from troubled areas worldwide. His varied aviation assignments included flight operations with Patrol Squadrons Seven, Twenty-One, and command of Patrol Squadron Twenty-Four while deployed to Guantanamo, Cuba, during the Cuban Missile Crisis. His anti-warfare assignments culminated with his assignment as Commander Fleet Air Wing Three. In addition, he was instrumental in the development, commissioning, and initial organization of the Naval Base, Rota, Spain. At sea, he served as Operations Officer of USS Duxbury Bay (AVP-41) and as Executive Officer of USS Tanner (AGS-15). Among his numerous awards were three Legions of Merit with one Combat (V), Air Medal, Navy Commendation Medal, Asiatic-Pacific Campaign Medal with one star, and the Vietnamese Distinguished Service Medal.

Captain Edelman was a member of McLean Baptist Church in McLean, VA, a Past President of Bayside Lions Club, and a life member of Military Officers Association of America.

Private services and inurnment with full military honors will be conducted at Arlington National Cemetery at a later date. In lieu of flowers, it is suggested that contributions be made to Bayside Lions Club or a favorite charity. The Cremation Society of Virginia is in charge of final arrangements.

To leave a condolence, you can first sign into Facebook or fill out the below form with your name and email. [fbl_login_button redirect="https://vacremationsociety.com/obituary/sidney-edelman/?modal=light-candle" hide_if_logged="" size="medium" type="login_with" show_face="true"]
×