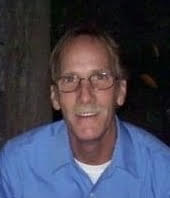 Stephen Rush Batchelder passed away Wednesday, June 22, 2022 at home with his family in Norfolk, Virginia.  Steve was born June 29, 1957 to Betty and Bob Batchelder in Hartford, Connecticut.

Steve met Elizabeth Black in 1975 and they were married in 1979.  Steve served in the Navy where he and Beth relocated to Virginia Beach, Virginia. They had 2 daughters, Becky and Carrie during this time before travelling back to Connecticut and having their third daughter Kaila.  The move followed Steve’s lifelong career of automotive machining and engine building.  Steve was truly a creative genius and teacher; passing along his knowledge to everyone he met. He spent many years building record breaking engines at Callaway Corvettes in Old Lyme. Their final family move brought them to Norfolk, Virginia, where Steve worked 20+ years at Abacus Racing and spent many hours in his garage teaching his three daughters the basics of auto-repair and how to be self-sufficient. Steve was always the neighborhood “go-to” guy for anyone that needed tools, advice or assistance with their cars. He will be greatly missed.

Steve was predeceased by his parents and to keep his life alive through memory, he leaves behind his wife, Beth; three daughters Becky, Carrie and her husband Matthew and Kaila; granddaughter Heidi and a grandson expected in November; brother David; sister Peg and loving uncle, nieces, cousins and friends.

A memorial car show will be planned later.   In lieu of flowers, please save any donations until that time.

The family wishes to thank all the phenomenal nurses and physicians at Virginia Oncology that worked tirelessly over the last 11 years to bless us all with time to be with Steve; and to thank the angels with Wings Over Virginia hospice that were here with us during his last week.

To leave a condolence, you can first sign into Facebook or fill out the below form with your name and email. [fbl_login_button redirect="https://vacremationsociety.com/obituary/stephen-rush-batchelder/?modal=light-candle" hide_if_logged="" size="medium" type="login_with" show_face="true"]
×