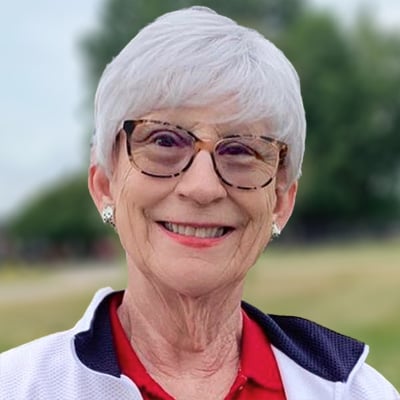 Sydney Ellen Graves Zuraw, age 73, of Chesapeake, VA passed away on Thursday, April 21, 2022, after an extended and valiant fight with cancer. She was born to Marie Angela (Whittingham) and Henry Roaf Graves at Newton-Wellesley Hospital in Newton, MA on March 22, 1949. Sydney grew up in New England, which she described as being “absolutely beautiful,” as the family lived in a traditional Colonial home in the Auburndale village of Newton and summered in Cape Cod. After graduating from Newton North High School in 1967, she moved south to follow her lifelong interest and pursued an Associate’s Degree in Nursing at Chowan College in Murfreesboro, NC. Although Sydney was initially homesick, she persisted and received her degree in 1971 after completing her clinicals at Duke University. While attending Chowan, Sydney found her Southern Gentleman in her future husband, Kenneth (“Kenny”), who was also a student at the college. The two were married on May 22, 1971 at Calvary Methodist Church in Richmond, VA and honeymooned in Anaheim/Los Angeles and Hawaii. Sydney began her nursing career at St. Mary’s Hospital in Richmond, VA and continued at Henrico Doctors’ Hospital until she and Kenny started a family with daughters Valerie and Shelby. She later returned to nursing in Labor and Delivery. Although Sydney “absolutely loved” her nursing career, she later became interested in real estate and worked as a realtor specializing in new home construction. During that time, she and Kenny had a third daughter, Taylor. Sydney continued working in real estate until she fully retired in 2003 and spent her remaining years enjoying life with Kenny, her family, and her countless friends. Sydney will be remembered as a loving wife, mother, “Granny,” and friend and is survived by her husband, Kenneth “Kenny” Randolph Zuraw; three daughters: Valerie Zuraw and husband, Fred Telegdy, of Charlottesville, VA; Shelby Stafford and husband, Robert, of Holly Springs, NC; and Taylor Zuraw of Chesapeake, VA; sister, Pamela Barringer and husband, Sheridan (“Butch”), of Newport News, VA; brother, Roger Graves of Orlando, FL; four grandchildren: Kenley, Karsyn, Eva, and Robert; and many wonderful, dear friends. A celebration of life will be held at a later date. In lieu of flowers, the family requests donations be made to the American Cancer Society.

To leave a condolence, you can first sign into Facebook or fill out the below form with your name and email. [fbl_login_button redirect="https://vacremationsociety.com/obituary/sydney-graves-zuraw/?modal=light-candle" hide_if_logged="" size="medium" type="login_with" show_face="true"]
×