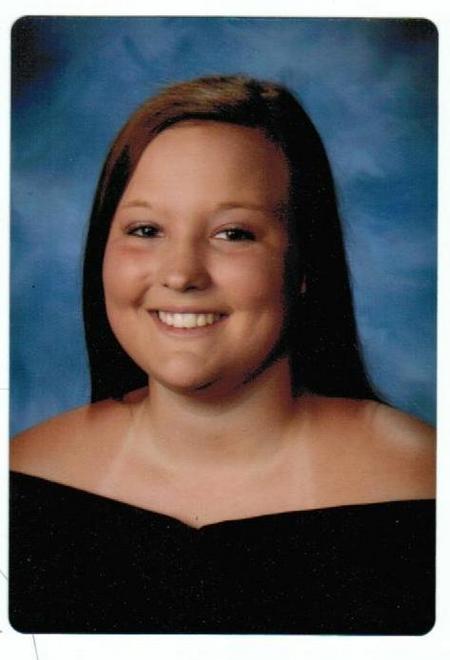 Taylor Lynn Ryan, 18, was born on August 21, 1994 to Jeffrey J. and Joyce T. Ryan. After several years of battling a courageous fight with leukemia and brain cancer, God decided for Taylor to finally come home. Taylor passed away peacefully, surrounded by her family and friends on Wednesday, February 27th. Taylor was a very strong willed and ambitious young woman, who inspired many people throughout her lifetime. Taylor exhibited a passion to live life to the fullest. Even in challenging times, Taylor always saw the love of life, and everything that is in it.
In addition to her parents Taylor leaves behind her brother, Zachary, and half-sister Megan. She also leaves behind her grandmother, Eleanor A. Ryan, and is predeceased by her grandparents Elvin and Jane Trenchard, and Richard M. Ryan. Taylor also leaves behind many aunts and uncles: John and Barbara Wenzel, Keith and Janet Bucklen, Frank and Joan Gregory, Lyle Trenchard, John and Susan Trenchard, Kevin and Nancy Ryan, and Rick Ryan. Taylor also leaves behind a very large number of cousins, nieces, and nephews as well.
Taylor was an honor roll student at Kellam H.S. in Virginia Beach. She was a member of D.E.C.A., as well as a number of other school support groups. Taylor particularly excelled in language arts. She was recently nominated by the English department chairperson at Kellam HS to be inducted into the United States Achievement Academy for Language Arts. In November 2012, Taylor was awarded an honorary certificate given by the Virginia Beach City Public School Board for her outstanding perseverance, strength, and courage in dealing with her medical issues, while also maintaining an honor roll status.
Taylor had an uncanny knack and ability to simply pick up a pen and paper and begin to write poems that exhibited deep meaning and truth. Many of her poems revolved around her struggles and triumphs in fighting cancer since 2005.
While growing up, Taylor enjoyed playing soccer. She loved going to the beach or a pool with family and friends. Taylor also adored animals, including her two cats and a dog. Animals also loved Taylor as well. No amusement park ride could ever scare Taylor away. She was a fearless rider at any amusement park. Taylor loved her after dinner desserts and “The Skinny Dip” or” Rita’s”.
While Taylor battled her cancer throughout her lifetime, she also had some of her best times, attending cancer camps such as “Victory Junction Gang Camp” and “Camp Fantastic” for several years. In 2007, Taylor had her “Make a Wish” dream become reality, which was to “meet and greet” Miley Cyrus/ Hannah Montana. Taylor and her entire family were flown to Hollywood for a weeklong trip to Universal Studios. Taylor was also well aware and had the hindsight to “give back” and donate her time to raise cancer awareness by actively participating and forming teams in “Relay for Life” and “The Leukemia and Lymphoma Society” philanthropic initiatives.
A very special THANK YOU to Taylor’s best friend, Ms. Rebekah Childress, as she was always there for Taylor in both the good and challenging times. We would also like to thank Dr. Eric Lowe and the entire CHKD Oncology staff in caring for Taylor since 2005.
Please join us in celebrating the beautiful life of Taylor Lynn at London Bridge Baptist church on Saturday, March 9th at 1 pm. In honor of Taylor’s favorite color- green – we respectfully ask that you adorn any piece of attire with the color green in it to her celebration. Online condolences may be expressed at www.cremate.org.

To leave a condolence, you can first sign into Facebook or fill out the below form with your name and email. [fbl_login_button redirect="https://vacremationsociety.com/obituary/taylor-lynn-ryan/?modal=light-candle" hide_if_logged="" size="medium" type="login_with" show_face="true"]
×