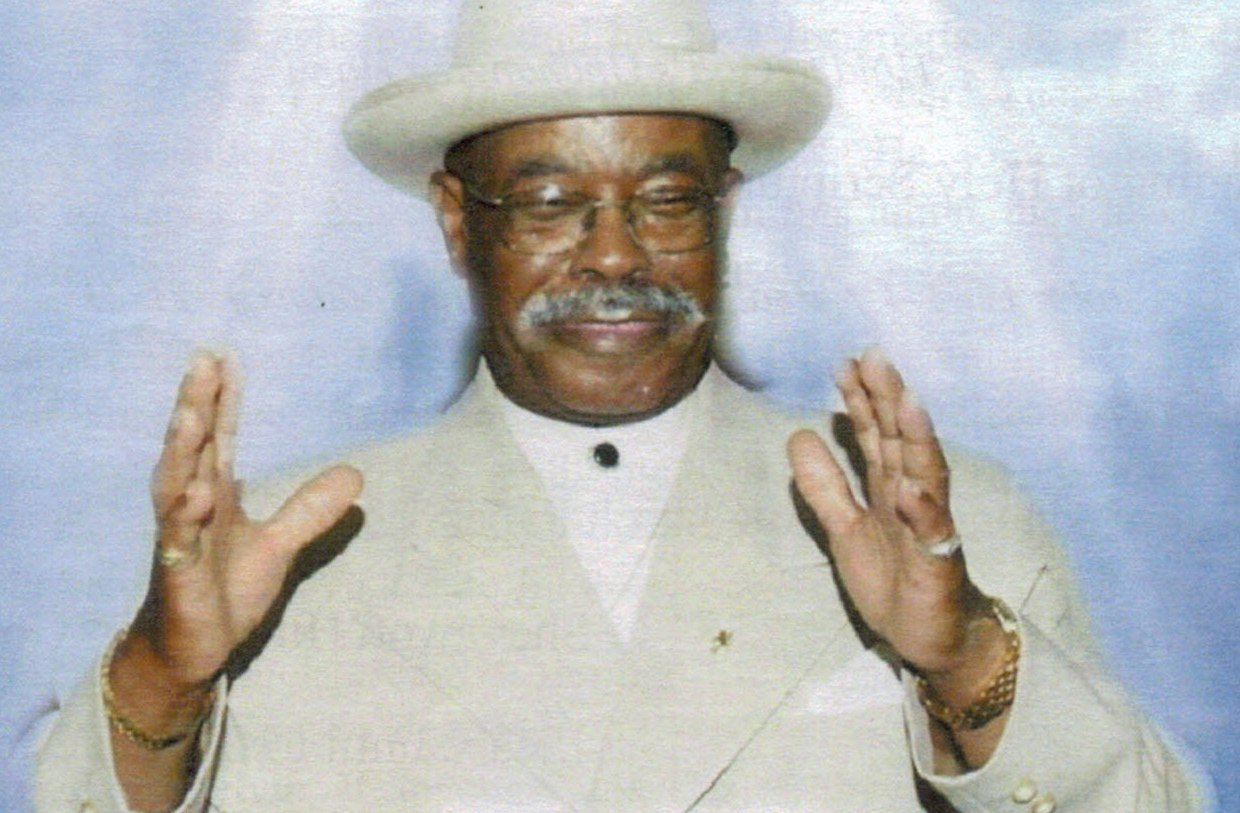 Deacon Theodore Washington “Buster”, was born on Johns Island in Charleston, South Carolina on June 10, 1937, to the late Louis Washington and Daisy Lloyd Washington. Theodore was the second eldest of seven children. Joe, Harold, Peter, Julius, Flora, and Linda. As a young child his family migrated to the Big Apple in 1950 for better opportunities. Here is where he found his love for sports. He was a die hard Giants fan and a Yankees fan as well. That is where Theodore met the love of his life Parthenia “Jukie” Peebles. He joined in holy matrimony to Parthenia March 26, 1957. From this union, they had four children; Michael, Kevin, Derrick and Eric (Tussie).

Buster had several jobs but began his career at Grand Knitting Mills as a manager of shipping and receiving. Here is where he dedicated 40 years of his life. Buster supported his family by always being the provider and protector. He retired in 2007 and eventually migrated to Hampton, Virginia to be with his loving wife, Jukie.

Buster’s strong spirit bolstered him through life’s challenges. In Virginia, Buster joined and became a deacon in 2008 at Bethany Fellowship under Pastor David L. Melvin. If anyone knew Buster, they knew him for his clean cut attire, cool, laid back attitude and the way he loved his family. He was a kind, compassionate, God fearing man who will forever be in our hearts.

Preceding him in death are his two sons, Kevin and Eric and four siblings.

Buster made the final journey to join his illustrious family members on October 12, 2015 at 8:25 am.

“We are confident, I say and willing rather to be absent from the body, and to be present with the Lord”.         Farewell “Deacon Cool”

Condolences to the family may be made at vacremationsociety.com.

To leave a condolence, you can first sign into Facebook or fill out the below form with your name and email. [fbl_login_button redirect="https://vacremationsociety.com/obituary/theodore-buster-washington/?modal=light-candle" hide_if_logged="" size="medium" type="login_with" show_face="true"]
×