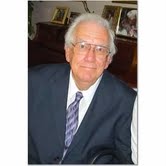 Born in Massachusetts on February 9, 1928
Died on March 2, 2013 and resided in Virginia Beach, Virginia

Capt. Thomas A, Johnson, USAF Retired, 85, died at his home on March 2, 2013, surrounded by his grateful and loving family. He is survived by his beloved wife of 60 years, Helen Kashtan Johnson; sons Craig and Keith, and daughter Laurie; Craig’s wife Patricia Vatidis and their children, Meredith and Cameron. He was the fourth of eight sons born to the late AdaChadwick and John E. Johnson of Attleboro, MA. He is survived by his brother, Howard E. of Attleboro, MA. Predeceasing him were brothers: Robert L, Roger M, Raymond E, Norman F, Henry R, and Bruce F Johnson. He was a great-grandson of Cpl Lot Chadwick, Co H, 8th Maine Regiment Infantry Volunteers of Civil War fame. After graduating from Bliss School’s 8th grade, he worked at Pelletier’s Garage until enlisting in the US Army Air Corps. His enlisted ranks from Private to Technical Sergeant were from Feb 1946 t0 Jun 1954. He received his commission from OCS Class 54B in June 1954 and retired in June 1966 as a Captain. He was employed by Stanwick and PRC in support of the Atlantic Fleet Submarine Force 3M System until he was federalized in 1969. He was instrumental in the development and installation of the Navy wide Maintenance Management System. He retired from Civil Service in September 2000 as a GS13 with Code N407 at COMNAVSUBLANT. He had been awarded both the Outstanding and the Meritorious Service Awards. Memorial services will be held at Arlington National Cemetery at a future date. In lieu of flowers, memorial donations can be made to The Salvation Army or charity of your choice. Condolences may be offered at www.cremate.org.

To leave a condolence, you can first sign into Facebook or fill out the below form with your name and email. [fbl_login_button redirect="https://vacremationsociety.com/obituary/thomas-alfred-johnson/?modal=light-candle" hide_if_logged="" size="medium" type="login_with" show_face="true"]
×