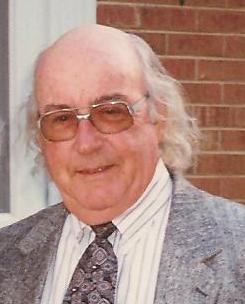 Virginia Beach – Thomas E. Neary, 85, passed away July 25, 2012 at his Atlantic Shores Retirement Home. He served in the United States Navy for 25 years, and as Chief Deputy High Constable for The City of Norfolk for 14 years. After his retirement he spent the rest of his life devoted to his daughter and grandchildren who were the loves of his life. He always said that helping raise his grandchildren was the best job he ever had. Everyone who knew granddaddy was touched by his life in a positive way. He did not know a stranger. Granddaddy would quote Frank Sinatra and say, “I Did It My Way”.
He is survived by his daughter; Rena N. Test and husband Russell Greggs, granddaughter; Christina Test, and grandson; Tommy Test.
A celebration of life will be held on Saturday, August 4 at 2:00 p.m. at Atlantic Shores Retirement Home; 1200 Atlantic Shores Dr. Virginia Beach, VA. Family and friends are welcome. In lieu of flowers donations can be made to the Atlantic Shores Employee Gift Fund.

To leave a condolence, you can first sign into Facebook or fill out the below form with your name and email. [fbl_login_button redirect="https://vacremationsociety.com/obituary/thomas-edward-neary/?modal=light-candle" hide_if_logged="" size="medium" type="login_with" show_face="true"]
×