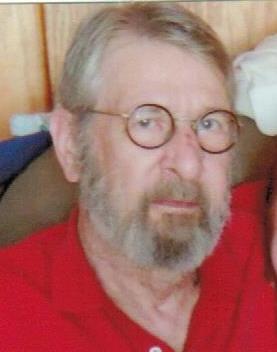 He was proud to be a 1968 graduate of Virginia Polytechnic Institute, earning a B.S. in Business Administration with minors in English Literature and History.  He belonged to the Corps of Cadets for one year.

His military service awards included, “Outstanding Soldier” in basic training.  He received the Army Commendation Medal, National Defense Service Medal, Vietnam Service Medal, Vietnam Campaign Medal, two OS bars, and the award of two Bronze Stars for his actions in combat.
Tom taught elementary mathematics in Big Island, Virginia, managed an art gallery in Williamsburg, worked in planning and production for Newport News Shipbuilding, was Budget Officer at PRHA, and retired from NRHA as Senior Budget Analyst after 24 years.
He traveled in England, Ireland, Wales, Scotland, France, and Switzerland.  His favorite city was Paris, closely followed by Basel, Switzerland.  He made friends wherever he went and never forgot them.
Surviving Tom are his natural family, composed of his sister, Mary Patricia Wilson Williams, her husband Billy, their children Sarah and Michael, their respective spouses, Joyee and Elaine, and Elaine and Michael’s children, Sophia and Elijah.
He and his partner, Karen Lynn Haberthur, honorary daughter Rachel Anne Davis and her husband Bobby were family too.  Tom was “Granddaddy” to Megan, Emily, Alex and Sean Davis.  He loved us all dearly.
At his request, there will be no ceremony.

To leave a condolence, you can first sign into Facebook or fill out the below form with your name and email. [fbl_login_button redirect="https://vacremationsociety.com/obituary/thomas-neal-wilson/?modal=light-candle" hide_if_logged="" size="medium" type="login_with" show_face="true"]
×