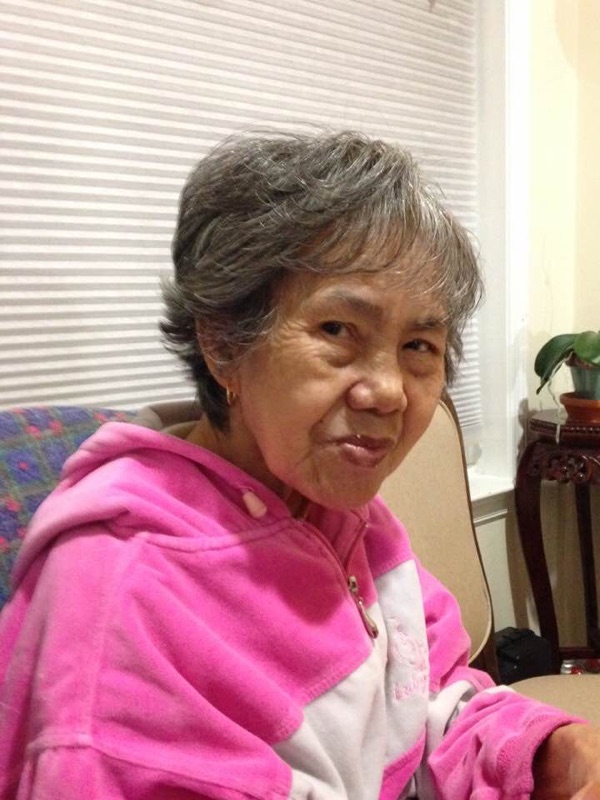 Urdaneta Ancheta Malayo, 79, of Yorktown, passed away Friday, February 17, 2017. She was born and raised in the Philippines and moved to the United States in 1997.
Urdaneta was preceded in death by her husband, Samuel Agnasin Malayo; three sisters, Florpina Ancheta Gaa, Adelina Ancheta Fabila and Nelda Ancheta and two brothers, Pablo Ancheta and Jose Ancheta.
Left to cherish her memories are two sons, Melecio Malayo and wife, Elena Velario and Lancelot Malayo and wife, Medelyn Patricio, all of the Philippines; four daughters, Shirley Malayo and husband, Alfredo Custodio Sr. and Analyn Malayo and husband, Ricardo Nazareno of the Philippines and Jetty Grace Malayo and Merlyn Malayo Keefer and husband, Steve Keefer of Yorktown; one sister, Enriquita Ancheta Agbas; three brothers, Juan Ancheta, Pedro Ancheta and Federico Ancheta Jr. and a host of many grandchildren, nieces, and nephews whom she loved very much.
The family wants to give a special “Thank You” to Riverside Hospice for being so caring.

To leave a condolence, you can first sign into Facebook or fill out the below form with your name and email. [fbl_login_button redirect="https://vacremationsociety.com/obituary/urdaneta-ancheta-malayo/?modal=light-candle" hide_if_logged="" size="medium" type="login_with" show_face="true"]
×