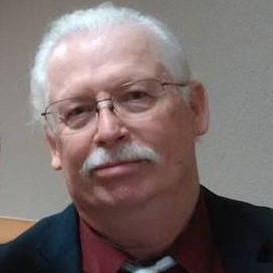 Vernon Emerson McCann
May 10, 1954 - August 10, 2022
Print
Email
Vernon E. McCann
68 Born 5/28/1954
Fell asleep in death 8/10/2022
Survived by is wife Brenda Gayle Holland McCann (married 15 years June 9, 2007)
Preceded in death his Father Raymond Emerson McCann, his Mother Mable Leigh Porter,
brother Jerald Allen Goggin.
Other survivors include Shirley Goggin Snow, Nancy Goggin Carter, Bonnie Goggin Averitt,
Larry McCann (Barbara), Becky McCann Smith (Smitty), Micheal McCann (Norma), Roger McCann (Stephanie)
As well as a great number of Nieces and Nephews. As well as his sister in-law Linda Gilbert whom he adored.
Vern was known to many as a gentle giant of a man with a giant heart and always helping out not only friends, neighbors, but strangers as well.
He was also known for his great love of Cat fishing and held a state record for a while of 75.4 lbs.
His Boat was even named Catatude, His nickname was Catfish!
He had three dogs that he loved and cared for, Maggie, Ruby and Ellie
He worked for EMC (Electric Motor and Contracting for 21 years and retired June 8, 2019. He had many friends and one that was very special to him was Anthony Harrell  whom he enjoyed pulling pranks with!
Vern was not afraid of dying after studding the bible with Jehovah’s Witnesses according to the Bible at John 11:11-14 and the promise eternal life on the earth when Jehovah turns the earth back into a paradise  stated at Psalms 37: 8,9,10, 11 & 29.
Memorial will be held Sunday September 18-2022
2 P.M.
At the Kingdom Hall of Jehovah’s Witnesses
15673 Scotts Factory Rd.
Smithfield, VA 23430
Speakers will be Roy Melvin Austin and Jason Austin
For those that cannot attend it will also be on Zoom Call Brenda McCann in order to watch it on Zoom and she will send you an invitation with the information you will need. (757) 242-3394

To leave a condolence, you can first sign into Facebook or fill out the below form with your name and email. [fbl_login_button redirect="https://vacremationsociety.com/obituary/vernon-emerson-mccann/?modal=light-candle" hide_if_logged="" size="medium" type="login_with" show_face="true"]
×