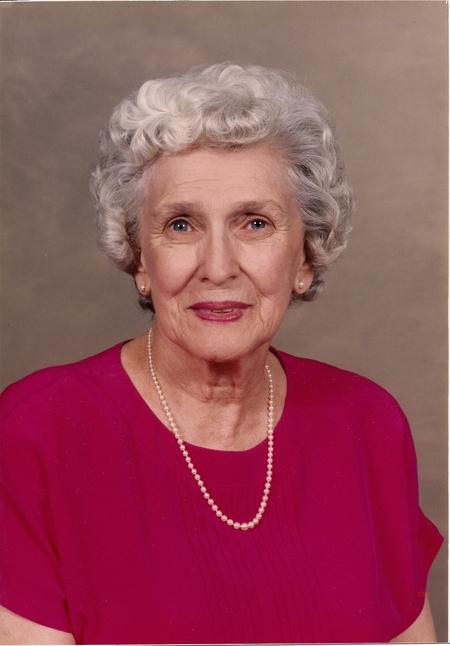 Vestal Carpenter – Virginia Beach
Vestal Neher Gardner Carpenter, 98 years old, died July 10, 2011 at Atlantic Shores Retirement Home where she had been a resident since 1997. Born May 2, 1913 in Guthrie, Oklahoma, she graduated from Phillips University in Enid, Oklahoma in 1936 and was awarded their Phillipian Life Award for Outstanding Alumni in 1995. In 1939, she graduated from Washington University School of Nursing in St. Louis and married Robert R. Gardner. Bob’s job with the US government took them to many cities including Carbondale, Illinois, Washington D.C., Cincinnati, Minneapolis, Kansas City, Houston, and Black Mountain, North Carolina. Married for a little more than 50 years, they had one son, Robert Gardner, Jr. Vestal served as a hospital nurse in St. Louis and taught practical nursing skills at St. Luke’s Hospital in Houston, but her happiest years professionally were spent as a school nurse in several cities where her love of children and faculty endeared her to all. The principal of her last school called Vestal annually for over 40 years on her birthday. Always the Registered Nurse, she enjoyed caring for people and making certain that beds had box corners and tight sheets. Retiring to Black Mountain, North Carolina, Vestal lived in her favorite home at Christmount Assembly, the Disciples Church Retreat, nestled in the beautiful Appalachian Mountains. She was a Life Patron of Christmount Assembly, and served as President of Women for Christmount, and a Christmount Board Member. She spent many happy days working in her beautiful rose garden, swimming, and walking.
After the death of her husband, Vestal moved to Atlantic Shores Retirement home in Virginia Beach in 1997, and as one of the first apartment residents, made wonderful friends. At the age of 89, she met and married Thomas Carpenter. They had five wonderful years together before Tom’s death and shared many adventures together including an Alaska trip. They were active in the Alzheimers’ Support Group and Atlantic Shore committees. She will be remembered for her willingness to help others, her vibrant independence, and her beautiful white hair.
Vestal was predeceased by her two husbands, Robert R. Gardner, and Thomas Carpenter, her beloved sister, Josephine Watters Osborne, and her brother J. W. Neher. She is survived by her son Robert, and his wife Carol of Kemah, Texas; her two nephews Dr. John A. Watters, Jr. and his wife Nancy; and James L. Watters and his wife, Patti, all of Virginia Beach; “adopted grandchildren” grand niece Dr. Joanne Watters and her fiancé, Steven, of Washington, D.C., and grand nephew Christopher Watters and wife Miho of Charleston, South Carolina; two grand nephews Stephen Watters and John Watters and his wife, Lisa, and great grand niece, Elizabeth, all from Williamsburg. Arizona nieces and nephews include Mary Catherine Neher Zaepfel and her husband, Charles, Elaine Neher Austin, and Jo Allan Neher.
Her family thanks the many special friends and staff at Atlantic Shores, the Harbourway Assisted Living unit and the Memory Unit who so lovingly cared for Vestal the past several years. A celebration and remembrance of her long life will be held Saturday, July 16, at 2 P.M. at the Virginia Beach Christian Church, Virginia Beach with Dr. William E. Austin officiating. In lieu of flowers, memorial donations may be made to Christmount Assembly, 222 Fern Way, Black Mountain, NC 28711 or The Virginia Beach Christian Church, 2225 Rosehall Dr., Virginia Beach, VA 23454. Online condolences may be expressed at www.cremate.org.

To leave a condolence, you can first sign into Facebook or fill out the below form with your name and email. [fbl_login_button redirect="https://vacremationsociety.com/obituary/vestal-carpenter/?modal=light-candle" hide_if_logged="" size="medium" type="login_with" show_face="true"]
×