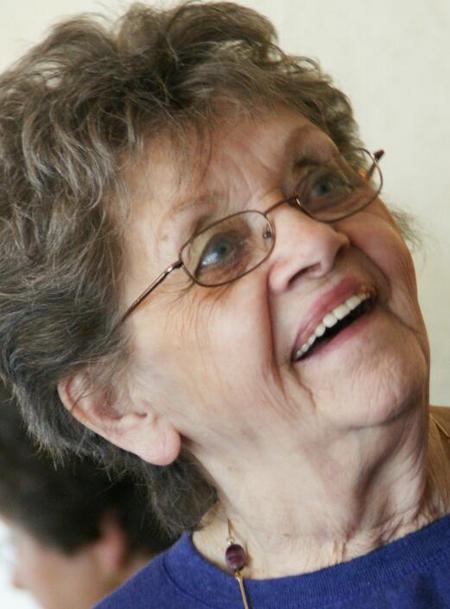 Vivian Jean Brown Clark passed away on Wednesday, November 20, 2013, in Virginia Beach. She was born on March 20, 1933, in Norfolk and lived exactly 80 years and eight months.
A graduate of Maury High School, Class of 1951, Mrs. Clark lived in the Norfolk/Virginia Beach area for most of her life except for a few years in FL. After retiring from Clark Transfer and Storage, she and her husband, Carroll, moved to the mountains in the Lynchburg area Big Island where they lived with their beloved dog, Rusty. An avid NASCAR racing fan, her favorite drivers were Ricky Rudd and Denny Hamlin. Her family and friends knew to NOT call her or stop by for a visit when the races were on.
Vivian was the daughter of the late Stella Jean Peppin Brown and Harold Carlton Brown. She was pre-deceased by her husband Carroll, brother Douglas H. Brown, son Michel Carlton Herbert, and daughter Vanessa Carlton Herbert.
She is survived by her daughters Jean H. Wiesenburg Denis, Hattiesburg, MS., Vyvyenne M. Rial James, Virginia Beach, son James H. Herbert Nancy, Bel Air, MD, step-daughter Robin M. Taylor Bob, Bloomington, IN. and grandchildren Heath Karlton Wiesenburg, Vanessa Katherine Wiesenburg, Ryan James Herbert, MiKayla Herbert, and Robby Jenkins Vyvyenne’s son, and great-grandson Jason Herbert. Additional survivors include her sisters Norma Fountain, Lakeland, FL, Sandra Minton Terry, Baltimore, MD., and Nancy Forbes William, Hampton, VA. as well as numerous nephews, nieces, cousins and friends.
A memorial ‘celebration of life’ service will be held at 2:30 p.m. on Sunday, December 1, 2013, at Altmeyer Funeral Home, 5792 Greenwich Rd., Virginia Beach, VA. A reception will be held at the chapel immediately following the service.
As Vivian would want this to be a celebratory gathering, please wear bright, happy colors—anything but black!

To leave a condolence, you can first sign into Facebook or fill out the below form with your name and email. [fbl_login_button redirect="https://vacremationsociety.com/obituary/vivian-j-clark/?modal=light-candle" hide_if_logged="" size="medium" type="login_with" show_face="true"]
×