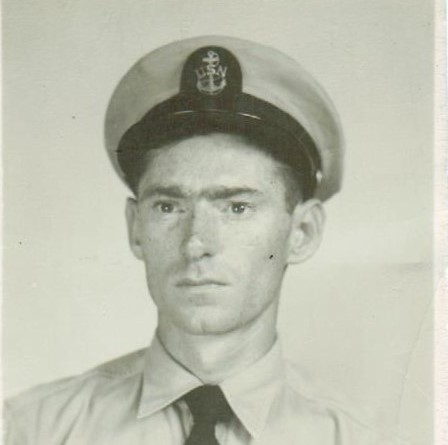 Warren Knox “Clem” Clements
Virginia Beach – Warren K. “Clem” Clements passed away on Tues., Dec. 13, 2016. He was born in Boston, MA, son of the late Harold G. D. Clements and Hazel Hope Fuller Clements.
Clem served in the U S Navy from Aug. 1940 to June 1962 mostly in aviation units. He made cruises on 11 aircraft carriers with 4 different fighter squadrons.
Upon retirement from the Navy as a Chief E-8 he owned and operated an Exxon Service center for a number of years.
Family, bowling, photography, bonsais, and the Spanish language were his passions throughout his life. He was a Mason for over 60 years.
He is survived by his wife of 70 years, Linda of West Roxbury, MA, two sons, David (and his wife Cathi) of Montgomery, TX and Alan of Vancouver, Canada, four grandchildren, Christopher, Brian (and wife Leslie), Sara (and husband Casey), and Sahra, great grandson Brian, and other loving relatives.
He was pre-deceased by two sisters Norma Cole of Michigan and Ruth McGill of Georgia.
He lived every day of his life to its fullest for almost 96 years and he would have rather it had been 100. He was a role model for many.
A celebration of Life will be held at 11:00am Monday Dec 19, 2016 at Foundry United Methodist Church, Virginia Beach, Virginia.

To leave a condolence, you can first sign into Facebook or fill out the below form with your name and email. [fbl_login_button redirect="https://vacremationsociety.com/obituary/warren-knox-clem-clements/?modal=light-candle" hide_if_logged="" size="medium" type="login_with" show_face="true"]
×