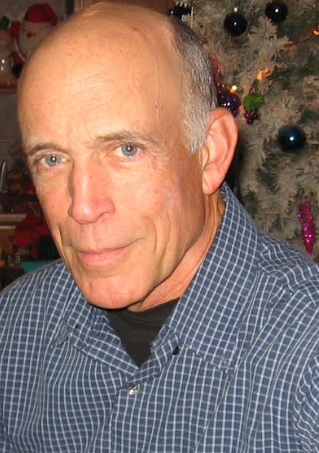 Wayne Bingaman, 79, passed away peacefully at home on Friday, August 5, 2022.  Wayne was born in Pittsburgh, PA on March 13, 1943 to the late Richard and Virginia Bingaman.

Wayne was preceded in death by his wife, Betsy Bingaman and son, Todd Bingaman.

Left to cherish his memory includes his daughter and son-in-law, Laura Boulier and husband Kenny Boulier; grandchildren, Allie Boulier and Calvin Boulier; sister and brother-in-law, Patty Schoening and husband Jim Schoening, as well as other extended family members and friends.

Wayne and Betsy fell in love with Virginia Beach and moved here shortly after being married.  There were many fun beach days with his wife and children in his younger years. He enjoyed watching football on the weekends with family and friends. (Doug Vandegrift).   Wayne was always a hard worker and provided for his family.  He was self-employed and worked in construction finishing homes.

Mostly, Wayne was deeply passionate about spreading the word of God and praying for others.  He was involved in the Healing Rooms at Christian Embassy International Church and enjoyed praying for the sick and ministering to others.  Wayne is now with his Heavenly Father.

To leave a condolence, you can first sign into Facebook or fill out the below form with your name and email. [fbl_login_button redirect="https://vacremationsociety.com/obituary/wayne-richard-bingaman/?modal=light-candle" hide_if_logged="" size="medium" type="login_with" show_face="true"]
×