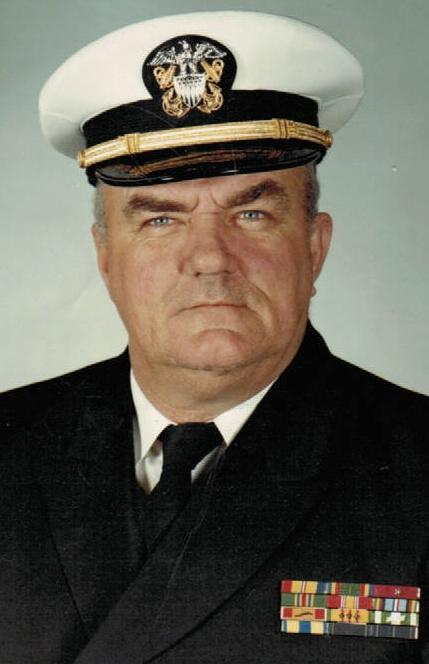 William C. Chadwick
VIRGINIA BEACH – CWO4 Bos’n William Charles Chadwick, 75, reported for duty to a higher command September 6, 2011. Born and raised in Philadelphia, PA in 1936 to William M. and Mary Chadwick, he graduated from Philadelphia’s Roman Catholic High School in 1955, a year in which he was Athlete of the Year and captain of his cherished “Cahillites” football team. After graduation he completed his Navy physical and began his career with the United States Navy a few short days later, serving 21 years enlisted, then 11 as a Chief Warrant Officer. Over his 32 years in the Navy and while proudly serving his country his duty stations included: USS Forrestal CV59, USS Maloy DE 791, HAS Taipai Taiwan, Naval Station Norfolk, USS Newport News CA148, USS Leary DD789, Guantanamo Bay Cuba, Amphibious Construction Battalion 2, Little Creek, USS El Paso LKA 117, Naval Station Norfolk Shore Patrol Officer, and USS Iowa BB61, from which he retired in 1987. He received numerous honors throughout his naval career including the Naval Unit Commendation, Meritorious Unit Commendation2, Navy Achievement Medal, Navy Commendation Medal, Pistol and Rifle Marksman, Battle Efficiency “E”, Vietnam Services Medal4, Combat Action Ribbon, Armed Forces Expeditionary Medal and Good Conduct Medal6.
Left to cherish his memory are his daughter Teresa “Terri” Chadwick, his son Billy Mike Chadwick and his wife Katie, Luna the dog and Muffin the cat. He was preceded in death by his beloved wife of 41 years, Margaret Connolly Chadwick.
A memorial service will be held Sept. 12 at 1 p.m. at Albert G. Horton Jr. Memorial Veteran’s Cemetery, 5310 Milners Road, Suffolk, VA 23434. A reception will be held after the ceremony at the VFW Post 4809, where he was a lifetime member, 5728 Bartee Street, Norfolk, VA 23502. He was fiercely proud of his naval career and no man ever loved his wife or children more. We love you Dad. Online condolences may be expressed at www.cremate.org.

To leave a condolence, you can first sign into Facebook or fill out the below form with your name and email. [fbl_login_button redirect="https://vacremationsociety.com/obituary/william-charles-chadwick/?modal=light-candle" hide_if_logged="" size="medium" type="login_with" show_face="true"]
×