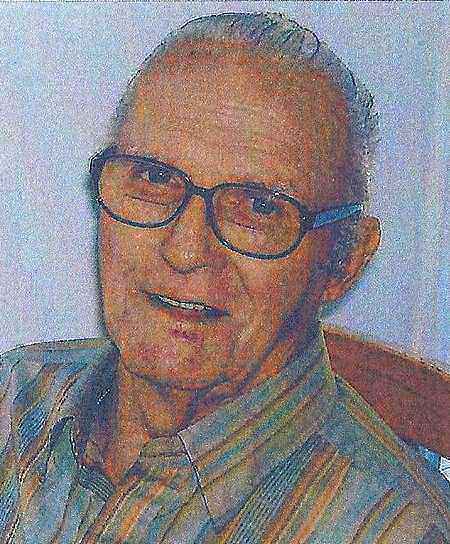 William Ellis Ezzell, Billy, age 80, died in Gloucester, VA on Tuesday, May 03, 2011.
He was born October 28th, 1930 in Wilmington, NC. Billy was a U.S. Army, Korean War Veteran serving with the 83rd Field Artillery Battalion and had been awarded a Silver Star. He also received a Purple Heart.
He lived in Poquoson, Va for a number of years before moving to Gloucester, working at Tysinger Motors, and Plymcraft until retirement. Billy also worked on the water as a fisherman.
Billy will be especially remembered for his mechanical ability, his love of his family and his patriotism. He was very proud to have served his country.
Survivors include his sister, Carol Norris of Newport News; his daughters, Toni E Haley and Phil, Stormy StClair and Charles, Verita Firth and Bruce, Wendy Ezzell and Frederick; his sons, William E. Ezzell Jr., Jimmy Ezzell and Amy; his grandchildren, Christina Talley John, Phillip, Molly, Shelby, Billy, Austin, Sierra, Frederick, and Dakota; his great grandchildren, Mason and Alyssa; his special niece, Elaine Coates Ronnie, and special nephew, Robbie Sutton. Billy was preceded in death by his parents and two sisters.
Beloved and close friends always are Betty and Calvin Bentley, and Penny Byrd.
Services will be held at 2 PM, Friday, May 6th at Grafton Baptist Church, 5440 George Washington Memorial Highway, Yorktown On the corner of Rt. 17 and Dare Road.
In lieu of flowers the family requests all donations be sent to Colonial Virginia Bank, 6720 Sutton Rd, Gloucester, VA, 23061, Fire Damage Account, Wendy Ezzell and Frederick Graef.
Thanks to all for their love and support.
Services by Cremation Society of Virginia. Online condolences may be expressed at www.cremate.org.

To leave a condolence, you can first sign into Facebook or fill out the below form with your name and email. [fbl_login_button redirect="https://vacremationsociety.com/obituary/william-ellis-ezzell/?modal=light-candle" hide_if_logged="" size="medium" type="login_with" show_face="true"]
×